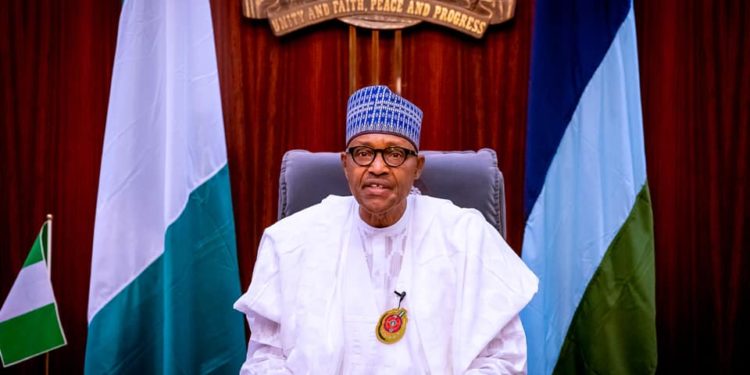 There is a ray of hope for the judiciary, as President Muhammadu Buhari yesterday promised better working conditions for judges.

Specifically m, Buhari noted that the degenerate welfare and working conditions of the third arm of government are “serious and would be treated as such”.

This is coming about one month after 14 justices of the Supreme Court had accused the immediate past chief justice of Nigeria (CJN), Justice Ibrahim Tanko Muhammad (rtd), of abandoning his responsibilities as the head of the court.

Following the development, Muhammad resigned as CJN on grounds of ill health and in his place, Justice Olukayode Ariwoola, the next-highest ranking justice of the Supreme Court, was appointed as interim CJN.

The apex court judges had also accused the CJN of going on foreign trips with his family while denying them the right to go on international trainings.

Some of the issues raised by the justices included accommodation, vehicles, electricity tariff, supply of diesel, internet services to justices’ residences, training for justices and epileptic electricity supply to the court.

The CJN, in a statement issued by his spokesman, Isa Ahuraka, had said he was not going to join issue with the justices, adding that the circulation of the letter is akin to “dancing naked at the market square”.
But speaking yesterday during a visit by the chairman and representatives of the Body of Benchers, a body of legal practitioners of “the highest distinction in the legal profession” to the presidential villa, President Buhari assured that issues of welfare of the third arm of government would be treated seriously.
A statement by presidential spokesman, Garba Shehu, quoted the president as saying a democratic government like the one he leads, “standing on a tripod comprising the Executive, Legislature and Judiciary, cannot stand where one of its three pillars, the Judiciary is not properly nurtured, maintained and sustained to deliver on its very pivotal constitutional duties.”
He also cautioned on the dire state of the country’s economy “currently battling insecurity, corruption and economic challenges,” aggravated by the COVID-19 and the war in Ukraine.
Accordingly, the president promised to act quickly on the report of the committee he set up on his own back in 2018 to review the welfare and working conditions of the judiciary:
“Let me assure you that the issues would be given due and urgent attention within the resources available to the government,” he said.
Buhari congratulated the Body of Benchers on the successful completion of the “Benchers’ complex at Jabi,” a building described as impressive that would house the body and provide conference facilities and accepted their invitation to personally commission the structure.
In his presentation, the chairman of the Body of Benchers, Wale Olanipekun (SAN), described the condition under which judges, especially the Justices of the Supreme Court work as pathetic, appalling and below the minimum standards that are required:
He said, “We want to plead with you. We need to bail out the Judiciary. The situation is bad. Let us sympathise with the Judiciary. I know you have respect, feelings for the Judiciary.
“You have sympathy, empathy and consideration. The Body of Benchers as elders of the legal profession makes these recommendations to Your Excellency, with a plea that they should be attended to urgently.”
Earlier, Attorney General and Minister of Justice, Abubakar Malami, SAN, made a case for collaboration of the Executive and the Judicial arms, to “open the books to enable both sides see the depth of the decay and know how far to go in putting in place the necessary remedial measures.”