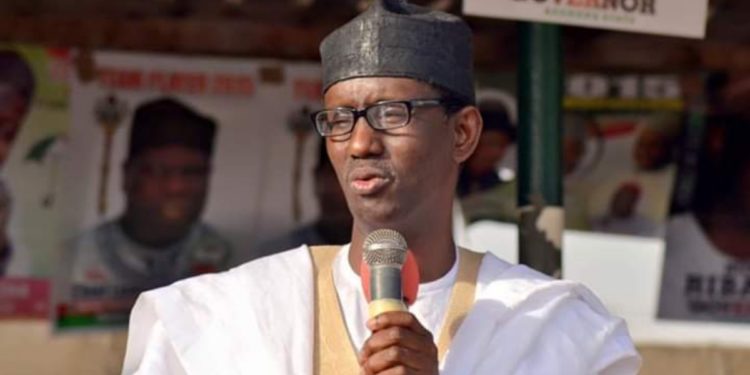 The court insisted that it will not hear Ribadu’s application unless the respondent was properly served.

Sen. Aishatu on May 26, 2022, defeated Ribadu and four others in the APC governorship primaries by scoring 430 votes.

Although attempts were made at party level to reconcile the two leaders, Ribadu, who was a former chairman of the Economic and Financial Crimes Commission (EFCC), insisted on seeking legal redress.

He sued APC (1st defendant), Sen. Aishatu (2nd defendant) and the Independent National Electoral Commission (INEC) as the 3rd defendant over the outcome of the primaries.

He prayed the court to compel APC to conduct a fresh governorship primary because of alleged over voting during the election.

His prayed the court to make the following reliefs: “A declaration that the Primary election conducted by the 1st Defendant for the governorship seat of Adamawa State on the 26th May, 2022 was not validly conducted in accordance with the provisions Sections 224 of the Constitution of the Federal Republic of Nigeria 1992 (as amended), Section 84 (1) (2) (5) (b) of the Electoral Act 2022, Articles 26.3 and 20. 4 (iii) (2) of the Constitution of the All Progressives Congress (APC), and Paragraphs 22 (iii) (I) of the Guidelines for the Nomination of Candidates for the 2023 General Elections to warrant the declaration and Return of the 2nd Defendant as the winner of the said Primary election.

“A declaration that the Primary election conducted by the 1st Defendant for the Governorship of Adamawa State on the 27th May, 2022 was vitiated by over voting therefore the 2nd Defendant did not score the majority of valid votes cast during the said election.

“An order of this Honourable Court nullifying, the Primary election conducted by the 1” Defendant for the Governorship of Adamawa State conducted on the 27” May, 2022 as same was vitiated by over voting and that the 2” Defendant did not score the valid votes cast during the said election.