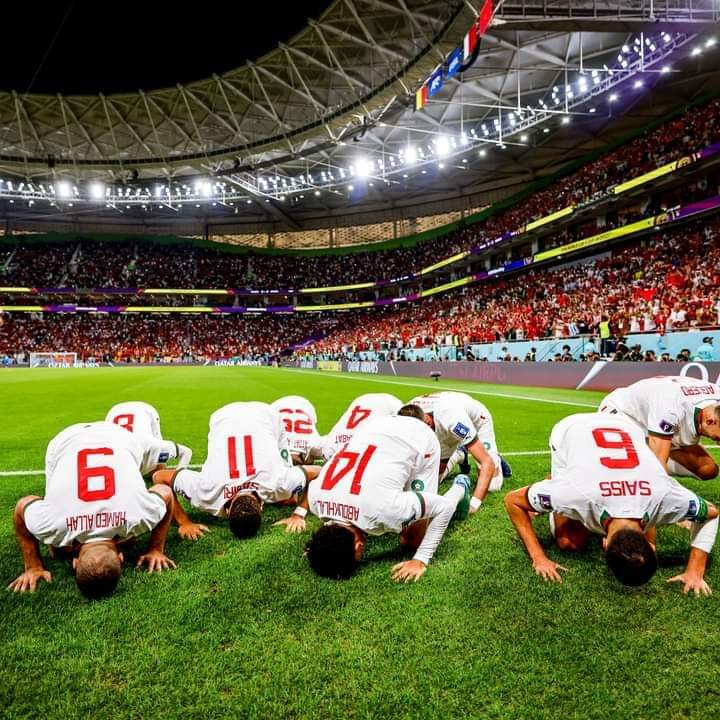 Morocco pulled off a shocking 2-0 win over Belgium in the 2022 World Cup Group F on Sunday as Abdelhamid Sabiri scored from an audaciously tight angle and substitute, Zakaria Aboukhlal, added a second one in stoppage time.

Sabiri’s free kick from near the corner flag caught out Belgium goalkeeper Thibaut Courtois at the near post as it curled in for the 73rd-minute winner, securing only Morocco’s third victory at the World Cup finals.

Aboukhlal’s goal came on the counter-attack, set up by Hakim Ziyech as Belgium were caught pressing forward for the equaliser.

The North Africans also had the ball in the net with the last kick of the first half as Ziyech’s free kick eluded everyone in the penalty area and caught Courtois unsighted, but a VAR check found skipper, Romain Saiss, had been just offside.

Morocco moved on to four points from two games with Belgium on three. Canada and Croatia will meet later in Sunday’s other Group F clash.