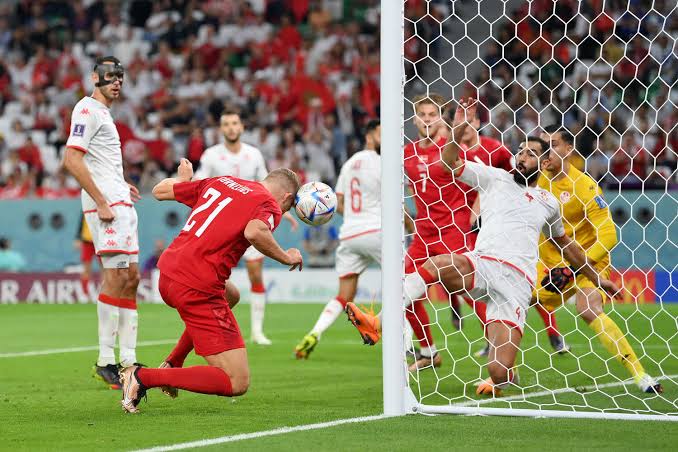 Christian Eriksen made his major tournament return 18 months after suffering a cardiac arrest at Euro 2020 – but his side, Denmark, were held to a frustrating 0-0 draw by Tunisia in Group D after some late VAR drama.

The Danes, semi-finalists at the European Championships, saw their World Cup begin in stop-start fashion as Eriksen was denied by goalkeeper Aymen Dahmen while substitute Andreas Cornelius hit the post from a yard with the best chance of the match.

Tunisia impressed with their combative style, particularly in the first half, and saw Issam Jebali’s goal ruled out for offside infraction before the striker forced a brilliant save from Kasper Schmeichel.

Denmark had a goal ruled out themselves when Andreas Skov Olsen found the bottom corner 10 minutes after the break and in injury time referee Cesar Ramos didn’t award a penalty after checking the VAR monitor following a potential handball from Tunisia’s Yassine Meriah.

Tunisia and Denmark have a point each in Group D with France set to take on Australia tonight at 7pm.

Denmark next face Trophy holders France on Saturday, kick-off 4pm, while Tunisia will play Australia earlier that day at 10am.