* This is what dreams are made of, says Fireboy 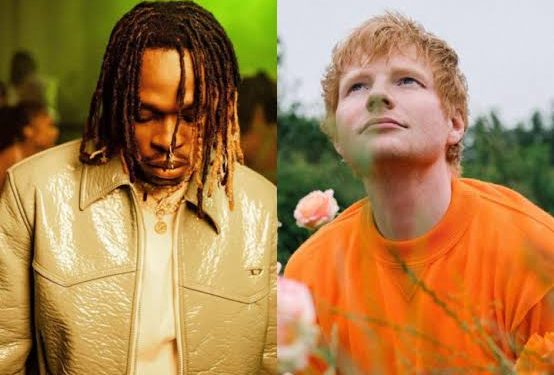 Nigerian singer, Ademola Adefolahan, better known as Fireboy, has left many in awe of his humility as he broke down in tears after his breathtaking performance with English singer and songwriter, Ed Sheeran.

The singer made history as the first Nigerian Afrobeats artiste to perform at the iconic Wembley Stadium in England.

Ever since his remixed hit song, Peru, which he featured British singer, Ed Sheeran in December 2021, Fireboy has been going places and his career has taken a meteoric rise with this international collaborations.

Fireboy, who apparently couldn’t believe that he just performed at Wembley and had a record-breaking achievement, thereafter got emotional.

In a video which has gone viral, and posted on his Instagram handle, @fireboydml on Thursday, the singer broke down in tears after his performance.

He wrote, “this is what dreams are made of.”

Celebs and fans have reacted to the feat, with more than 3,615 comments and sterling emojis already as at the time of filing this report.

Rapper Ice Prince expressed his awe of the feat in one word, “Godly”.

Ladipoe whom Fireboy featured in his hit song, ‘Running’ wrote, “What a time”.

Fireboy’s debut studio album ‘Laughter, Tears and Goosebumps’ was released in 2019. The singer, who was signed to Olamide’s YBNL, won Listener’s Choice and was nominated for Song of the Year for “Jealous” at the 2020 Soundcity MVP Awards Festival.

On March 3, 2022, Fireboy was featured on the Sickick remix to Madonna’s 1998 single “Frozen”. The official music video was filmed on the same day.

The singer who is only 29-year-old and a Tecno Brand Ambassador, is one of the young musicians with more off their sleeves.