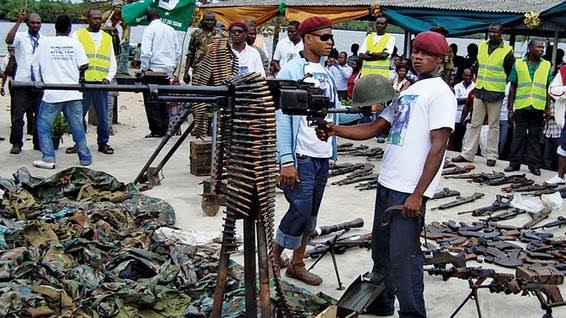 Hundreds of former Niger Delta agitators of Akwa Ibom State extraction who participated in the state government’s disarmament programme have commended Governor Emmanuel Udom for convincing them to embrace the amnesty and rehabilitation programmes.

The ex-militants who terrorised Etim Ekpo and Ukanafun areas for about three years, said they resorted to acts of kidnapping for ransom, armed robbery, killings and arson, to draw government’s attention to the prevailing poverty, hunger, unemployment and lack of social amenities in communities.

Governor Emmanuel had in the run up to the 2019 general elections persuaded the former agitators to shun violence and embrace the disarmament programme in return for amnesty, training and rehabilitation after laying down their arms.

Under the aegis of Former Agitators For Peace in Akwa Ibom (FAPA), the group led by General G. Udoh and Commander Ekpe in statement at the weekend in Uyo expressed appreciation to the administration of Governor Emmanuel for making their lives meaningful again.

“The training is over and the government should please empower us with starter packs to begin our trades because the community people are still afraid of us, we need to be reintegrated so we can freely mix and flow with the people through what we learnt.

“That way, they would know we are not that same people of yesterday; that we have changed for the better for peace and harmony in the society. We were rehabilitated and trained in various trades and acquired skills in different vocations like welding and fabrication, tailoring, building, Information and Communications Technology (ICT) and other fields.

“We have successfully passed through the training and acquired the needed competency in different fields and we are very grateful for the experience.

“The governor is a father. He has saved our lives and taken us out of the path of destruction and there’s hope for tomorrow.”

“Now, our major problem is starter packs to start practicing the skills we learnt after the training exercise. We want to be engaged meaningfully to enhance our full integration into the society,” the statement said.