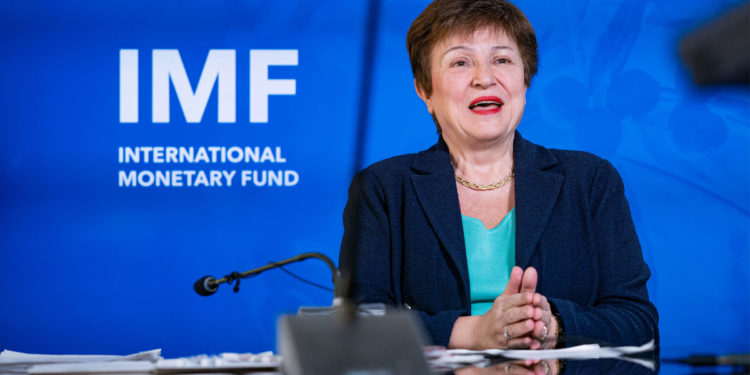 With Nigeria’s revenue not covering its debt servicing obligations in the first four months of the year, the International Monetary Fund (IMF) has urged the country and other Sub-Saharan African countries currently experiencing high external debt to take proactive measures to enable them escape debt default.

Retaining Nigeria’s growth projections at 3.4 per cent for this year, the Brentwoods institution said there is need for countries such as Nigeria with high debt levels to as a matter of urgency take proactive measures to restructure their debts to evade default.

IMF in its World Economic Outlook (WEO) for July 2022 entitled, “Gloomy and More Uncertain’ put Nigeria’s growth for 2023 at 3.2 percent, an increase of 0.1 percent compared to the 3.1 percent it projected in its April outlook.

Commenting on rising debt level in Sub-Saharan Africa, the chief economist and director, Research Department, Mr. Pierre-Olivier Gourinchas, said, “On a number of countries, when you have a combination of shocks and we’ve experienced shocks upon shock here – we have the pandemic, we have the impact of the war, and elevated energy and food prices that are hitting a number of countries that don’t have really a lot of fiscal space, and many of the low-income countries – they can get into a situation where their debt is assessed as unsustainable, meaning that there is a financing gap and that financing gap needs to be closed, and that requires having the creditors and the country sort of negotiate a reduction in the claims on the country. That’s what the debt restructuring process means.

“And that process is absolutely vital,  because if you don’t have a reduction in the claims of debt restructuring, then the country is still saddled with unsustainable liabilities that it has to service and is unable to.

“So that process is a process that also unlocks once we have restored debt sustainability, it unlocks access to IMF resources and that’s the point at which the IMF can come in and provide some financial assistance.”

Citing the urgency, he explained that a proactive approach is advised for governments with fiscal weaknesses.

“So that’s a critical step and a number of countries are actually currently already under discussions to reduce their external debt. And we can anticipate that others will be doing so. It is important that this process happens as quickly as possible and that countries may be and even be proactive in terms of seeking a debt resolution, maybe ahead rather than waiting until it’s too late. Because when it’s too late, then you really have no policy options and no room. But it’s an important part of the process.”

He noted that the IMF has a role to play.

“We are trying to help both in terms of facilitating debt resolution and also providing the financial assistance that we can, once this is established,” he said,

“As advanced economy central banks raise interest rates to fight inflation, financial conditions worldwide will continue to tighten. The resulting increase in borrowing costs will, without correspondingly tighter domestic monetary policies, put pressure on international reserves and cause depreciation versus the dollar, inducing balance sheet valuation losses among economies with dollar-denominated net liabilities. Such challenges will come at a time when government financial positions in many countries are already stretched, implying less room for fiscal policy support, with 60 percent of low-income countries in or at high risk of government debt distress,” he said.