Rishi Sunak Leads In Race To Be Britain’s Prime Minister 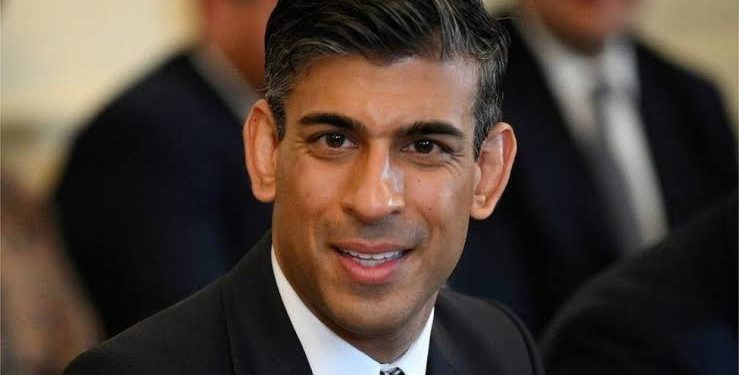 Former finance minister, Rishi Sunak, has cemented his lead over rivals to become Britain’s next prime minister in the second round of voting of an increasingly bitter race to replace Boris Johnson.

Sunak, whose exit from the Treasury last week was one of the first in a cascade of resignations that forced Johnson to quit, has been the frontrunner among Conservative legislators despite being blamed by some for his role in Johnson’s downfall.

He faces competition from Penny Mordaunt, a junior trade minister and foreign minister Liz Truss, who launched her official campaign earlier arguing she was the only contender with the experience to take the “tough decisions” needed.

There are now five hopefuls after Brexit supporter Attorney General Suella Braverman was knocked out of the race on Thursday for failing to reach the 30-vote threshold in the second round.

Whoever gets the job will take on rocketing inflation and low economic growth, as well as the public’s lack of confidence in politics after Johnson’s scandal-ridden time in power.

After maintaining his lead Sunak thanked his supporters and said on Twitter: “I am prepared to give everything I have in service to our nation. Together we can restore trust, rebuild our economy and reunite the country.”

Earlier, he took to the airwaves to say his first economic priority would be tackling high inflation, not the tax cuts pledged by his rivals.

Truss, the last hopeful to launch her official campaign, is the latest to also promise to restore trust in politics, trying to distance herself from the increasingly personal and bitter briefings and counter-briefings from the opposing camps.

Asked why she did not resign when support disappeared for Johnson prompting last week’s resignation, she said: “I’m a loyal person. I’m loyal to Boris Johnson.”

Those remaining – who also include former equalities minister Kemi Badenoch and Tom Tugendhat, the chair of parliament’s Foreign Affairs Committee – will face the third round of voting by Conservative members of parliament on Monday.

If all the candidates reach the 30-vote barrier, the one with the lowest number of votes will be dropped from the contest.

Subsequent ballots will eliminate the candidate with the fewest votes each time, to whittle the field down to a final two by July 21.

The new leader will then be chosen from those two by the country’s 200,000 Conservative Party members, and will be announced on September 5.

Sunak might be the most popular contender with his colleagues, but a YouGov poll of nearly 900 party members found Mordaunt was the favourite, beating any of the others in a runoff. She had a huge lead over Sunak, who fared badly against almost all his rivals, and she is now the bookmakers’ favourite.

Britain’s economy is beset with spiralling inflation, high debt, and low growth that have left people grappling with the tightest squeeze on their finances in decades. Fuel prices have soared in an energy crunch exacerbated by the war in Ukraine.

The leadership campaign is offering a glimpse of the difficulties the new prime minister might face, and of rifts within the party. Mordaunt fended off criticism from former Brexit negotiator David Frost that she was insufficiently tough towards the EU.

Tugendhat, who ranked fifth in the second round of voting, said, “It is fair that we (candidates) receive criticism … I am asking for the trust of the British people for the highest job in the country,” he told reporters.

“When you are making a big ask you should expert scrutiny and expect to present yourself to answer to questions.”