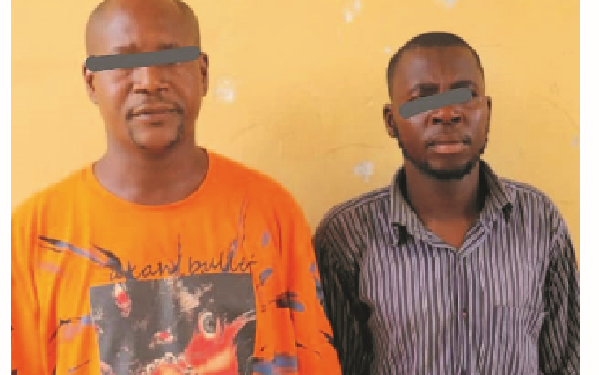 Incidents of ritual killings have assumed an alarming rate in Nigeria which stressed the need for efforts by concerned government agencies to checkmate the trend.

Concerned Nigerians are of the view that such cruel and barbaric acts would no longer exist in our society given our level of exposure, enlightenment, and civilisation.  Ironically, as our communities seem to be getting more religious given the proliferation of churches and mosques in all nooks and crannies of the country, it seems these heinous acts are increasing as the quest for filthy lucre pervades our society.

In February 2022, Nigeria’s House of Representatives urged the Nigerian federal government to declare a state of emergency on the rising incidence of ritual killings in the country. Following a motion by its deputy Minority Leader Toby Okechukwu, the country’s lower legislative chamber also called on the Inspector General of Police, Usman Alkali Baba, to “take urgent steps to increase surveillance and intelligence gathering to apprehend and prosecute (sic) all perpetrators of ritual killings in Nigeria.”

The House members also ordered the National Orientation Agency (NOA) to “initiate a campaign towards changing the situation in the country.” Since then

There is nothing unusual about the House of Representatives’ demand given the rate of increase in ritual killings, no one is immune from becoming a victim in the country which stressed the need for all hands to be on deck to tackle the scourge.

Recently, the activities of ritual killers came to a gory fore in Niger State when one Mubarak Yunusa and his cohort Emmanuel Okuagba were apprehended for allegedly killing a four years old boy Husseini Ibrahim for ritual purposes.

The incident took place at Angwan Hausawa area of Lapai in Niger State, a few days after Husseini was reportedly missing, unknowingly that Husseini was abducted by an acquaintance of his parents.

LEADERSHIP Weekend gathered that Mubarak was a neighbour to Husseini’s parents at Angwan Hausawa and he is very familiar with the family to the extent that he was often referred to as Husseini’s uncle.

It was gathered that Mubarak was contacted by Emmanuel who is his landlord of a shop where he sells his wares. It was also gathered that he was finding it difficult to pay the rent of his shop.

Investigation, however, revealed that Emmanuel told Mubarak that he will forgo the rent Emmanuel is owing if he can provide some body parts for little Husseini. From the initial confession, Mubarak said he was forced to meet his demand of Emmanuel because he was desperate to retain his shop.

It was gathered that three days before the arrest of Mubarak, He was always at the house of the parents to commiserate with the family and also helped to find the missing Husseini.

Unknowingly to the family Mubarak was behind the missing four years old boy and had already slaughtered and butchered him for ritual purposes.

LEADERSHIP Weekend gathered that the two suspects were arrested with the aid of a motorcycle (okada) rider who had earlier taken Mubarak to a hideout at the bank of a stream in the outskirts of Lapai inside a sack.

The Okada rider, it was learnt, immediately returned to where Mubarak alighted in the bush with policemen and they were able to find him digging a shallow grave where he intends to bury the sack containing the butchered body of the boy.

It was gathered that immediately the police operatives were informed and the content of the sack was unveiled and it was discovered that it contained the butchered body of the four years old boy with his eyes and private parts mutilated.

Sources said during interrogation he confessed that he was contracted by one Emannuel Okuagba a 43-year-old building materials seller in Lapai who also on that fateful day went to the house of the late four-year-old boy to commiserate with the parents over the missing Husseini.

It was learnt that Mubarak confessed that he was allegedly contracted by Emmanuel who is his new landlord to find him a young boy for ritual purposes and he will be granted two years of free rent and decided to use the boy that calls him uncle.

He confessed that Hussaini Ibrahim was taken to the house of Emmanuel where he was slaughtered and his body parts mutilated for ritual purposes.

Confirming the incident, the Police Public Relations Officer PPRO Wasiu Abiodun said, information was received that one Mubarak Yunusa aged 27 of Magaji primary school area Lapai was sighted with a strange sack heading towards a stream in the area.

He said upon the receipt of the information, Police operatives attached to Lapai Division arrested the said Mubarak Yunusa.

“During interrogation, the suspect confessed that he dumped a dead body, packaged in a sack, at a stream in Lapai. He confessed further that the sack was given to him by his shop landlord, one Emannuel Okuagba aged 43 years of Anambra State who resides in Lapai.”

He said in the course of investigation, Mubarak led a team of Policemen to the river where the decomposing body of the said missing boy, concealed in a bag was recovered and taken to general hospital Lapai for autopsy.

He said that based on the development, an angry mob mobilised to Lapai Police Division demanding the release of the suspects for them to be lynched, but as their efforts were futile, the mob stormed the shop and house of the suspects and set them ablaze.

There are seemingly unusual ritual-related killings and demands for body parts of dead people in Niger State recently, just last week Police operatives attached to Chanchaga Division arrested one Lawali Abubakar aged 16 years of  Kasuwan-Gwari, Minna at Chanchaga cemetery when he attempted to exhume a corpse from the grave.

During interrogation, he confessed to having conspired with one Salisu of the same address, presently at large to get body parts and cloth of a corpse from the cemetery at the rate of N5,000.

He equally engaged in a similar act last year at Bosso cemetery where he exhumed and removed four fingers of a corpse.

He confessed further that he was sent by one Sadiq to get the fingers and was paid N3,000.

The situation has further portrayed the desperation of some elements in the society who take steps that are abnormal when faced with adversity, invariably neglect of the development of adversity and social quotient in daily survival mode by deprived youths who can easily be used for peanuts by more privileged members of the same society.

‘Don’t See Your New Ranks As Meal Tickets, Use It To Tackle Insecurity’