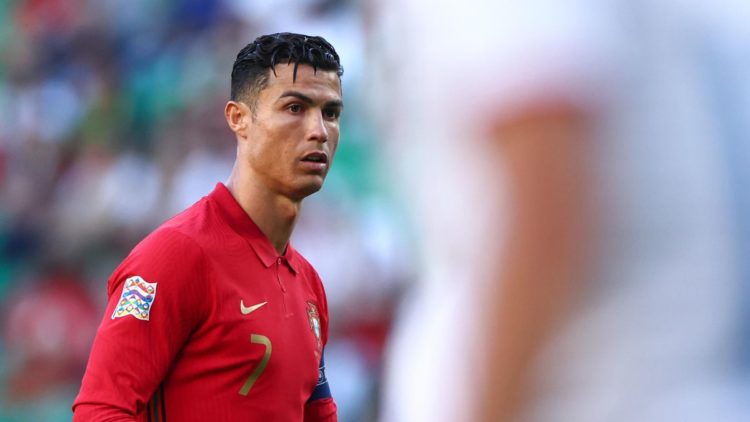 The Manchester United forward has only lost a single point in his overall score from last season’s edition of the game, but that’s enough to send him spiraling from third to eighth.

Four other players match Benzema’s 91 rating, with Paris Saint-Germain star Lionel Messi losing two points to drop down from top spot to fifth after an underwhelming debut campaign in France.

In between the former El Clasico rivals are Robert Lewandowski, Kylian Mbappe and Kevin De Bruyne, while taking up the spots between Messi and Ronaldo are Liverpool’s Mohamed Salah and Virgil van Dijk.

FIFA have so far released just the top 23 players from the upcoming game, with the biggest movers in the rankings being two goalkeepers.

Real Madrid’s Champions League final hero Thibaut Courtois has moved up 10 places from 19th to ninth, while his city rival from Atletico, Jan Oblak, has dropped from seventh to 20th.

But Ronaldo will likely be the most gutted of anyone on the list, seeing his pace drop by six points to 81, and passing ranked at 78, four points worse than last season.