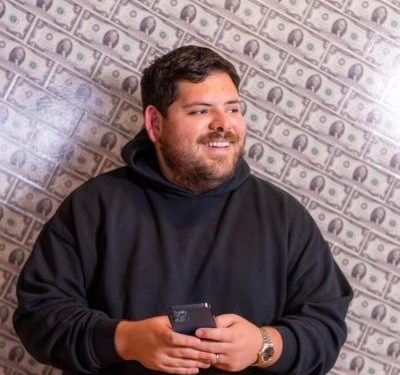 Everyone’s success story is unique. It has its own ups and downs and trials and tribulations that are uniquely their own. Yet, each success story is similar in its fundamentals. Success is the fruit you reap when you sow the seeds of honesty, hard work, discipline and love. Ruben Flores-Martinez likes to study what makes successful people, successful. And he found the following three qualities to be common among all successful people.

A hatred for sloppiness:
It’s very true that successful people are not born but made. They are made by their circumstances, both within and without. But one thing they aren’t made of is a desire for mediocrity. Ruben Flores-Martinez says, “A truly successful person would rather take poison than allow mediocre things to come to life.

That’s why many of them seem rather arrogant. But beneath the tough veneer, there’s love for good design, the symmetry of shape, and a desire to produce something that can stand the test of time. And good products and services cannot come by chance and in no way are a result of sloppiness.”

They have their own pace:
In the rushed world of today, people want to succeed immediately. And often they find out that the results of an unnecessary sense of urgency can be disastrous.

Talking about successful people Ruben Flores-Martinez says that, “they don’t dance to anybody else’s tune. They know their strengths and are aware that good things take time. Many of them may seem unorganised and episodic to the uninitiated. But within that madness, there is always a method; a method that guides them towards creating masterpiece after masterpiece. Successful people don’t do things in a rush. Instead, they train themselves to become efficient thinkers whose brains are always on fire.”

They cut to the chase:
Successful people become successful because they value time. For them, every second counts because “it’s the quality of this second that determines the future for them,” says Ruben Flores-Martinez.

He further says, “You won’t hear truly successful people wasting their time and breath. Often, you’ll find them listening hard. And when the time comes to speak, they say exactly what they feel and what must be done. They are always active-minded and deeply engaged with the activity of thinking.”

Sexual Content Appeals To This Generation, Hence Skit Makers Use Them – OfficialMCCasino