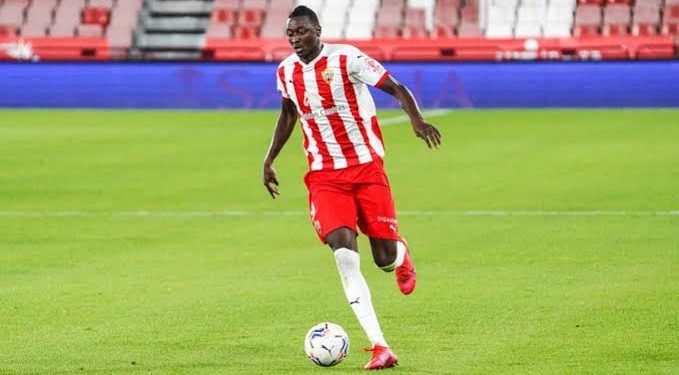 Umar Sadiq has been described by LaLiga as one of the key actors responsible for Almeria’s promotion to the Spanish topflight.

Almeria finished top in the final standing in the Segunda division on Sunday night after holding Leganes to a 2-2 draw away.

Sadiq was on target for Almeria after drawing his level at 2-2 which proved to be a crucial goal.

Also on the score sheet was Kenneth Omeruo for Leganes who netted his second goal of the league season.

The result means Almeria and Real Valladolid qualify automatically to the Spanish elite division, while the third team will be decided via a play-off between four teams.

And commenting on Sadiq’s impact, LaLiga wrote on their Twitter handle:“18 goals, 9 assists Sadiq Umar has been one of the key players in the rise of @U_D_Almeria to #LaLigaSantander !“