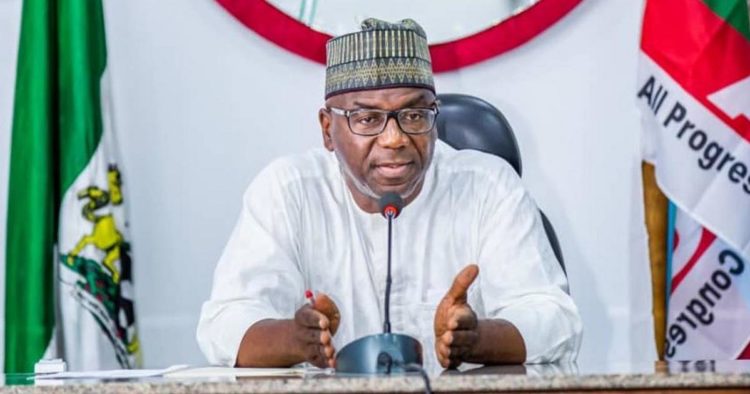 Kwara State governor, AbdulRahman AbdulRazaq, has said his administration would continue to make payment of full salaries a topmost priority.

He said, though the state was not immune to the steady decline of revenue, it would continue to make full salaries payment a first line charge because of its wider implications for staff welfare and the local economy.

AbdulRazaq said states were getting abysmally low revenue receipts to the extent that allocations from Abuja to Kwara are hardly enough to pay full salaries and run basic government expenses until the allocation is augmented with internally generated revenue ( IGR) which ought to be for infrastructural development and savings for the future.

The governor spoke at a meeting with the heads of Kwara State Colleges of Education and the College of Arabic and Islamic Legal Studies.

“Our policy is to make sure that we pay 100 salary and this is exactly what we have been doing since day one. All of our allocations and part of IGR now go into paying salary and running basic government expenses. We hardly have leftovers. So, we are struggling because the money is just not there. On top of that, we are having to give money to the local governments to pay 100% salary. After this is done, nothing is left.
“We are aware of your requests and we truly want to do them. However, we are currently constrained by resources. Allocation has gone down. We are having to augment payment of salary and cost of governance from what is spendable of our IGR. Our ongoing capital projects are funded with bond. And it is simply impossible to use bond money to do any other thing because the terms of accessing the bond prevent such things. The bond we took is such that you cannot take a kobo out of it to do anything not listed in the terms. I urge everyone to bear with us. For now, we are only able to pay salaries 100% and this is in fact a struggle. However, paying salary as and when due is a thing we take very seriously,” AbdulRazaq stated.

The governor said he expected a better understanding from the Colleges of Education teachers on their agitation majorly over an agreement signed since 2011 and was not implemented by previous administration.

He added that this administration, unlike its predecessors, has never defaulted in full salary payment and other basic needs. He said the government is not opposed to requests for improved welfare and had indeed offered something its purse can afford at this time, adding that it would be wrong and immoral for it to commit to an agreement it lacks the resources to implement now, especially with the steady fall in revenue over the past six months.