SANs, CSOs To INEC: You Must Reject Candidates Who Didn’t Participate In Primaries 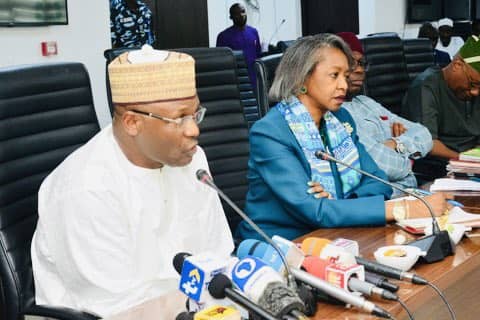 Civil Society Organisations (CSOs) have asked the Independent National Electoral Commission (INEC) to reject candidates whose names were submitted to them by their political parties but did not stand for primary election.

The CSOs also took a swipe at political parties who substituted names of candidates that stood for the primary elections, replacing them with influential politicians that were not part of that electoral process.

LEADERSHIP reports that the ruling All Progressives Congress (APC) has presented names of some influential politicians that did not stand for primary election as their candidates in place of candidates who went through the usual process, an action greeted with widespread condemnation. 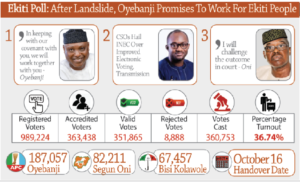 But speaking on the issue they described as injustice, the CSOs said that political parties must not be allowed to promote impunity, adding that the court had already taken a position on such undemocratic acts.

The CSOs which spoke to LEADERSHIP are the Transition Monitoring Group (TMG) Transparency International (TI) and the Civil Society Legislative Advocacy Centre (CISLAC).

Speaking through their leader, Awwal Musa Rafsanjani, the CSOs said politicians must not be allowed to do what they want, adding that they are the greatest beneficiaries of the democracy they are working hard to destroy.

“This is going to be an act of insincerity by those who are doing that and also INEC that was empowered to go and observe the primary election, ” Rafsanjani said while reacting to the substitution of names of candidates that stood for the political parties’ primary elections.

“How can somebody who did not participate in a primary election stand for the general election?” Rafsanjani said.

“Nigerians should learn from the previous judgements. If this thing has happened in the past and the court nullified the election of those who did not contest in the primary and used their positions to get their way, the court’s judgment will always speak against them.

“The people that are doing this, they are used to impunity and therefore INEC must have the courage to reject that kind of impunity.

“People contested in that primary election. For INEC to have come and accepted the name of someone who did not participate in the primaries they supervised, it is a breach of the law,” the CSOs said.

While calling on political parties and the electoral umpire to give Nigerians the confidence that will help democracy to thrive, the CSO said INEC must remain independent and do the right thing no matter who is involved.

“We urge INEC to stick by its rules and regulations. We urge political parties to also stay away from this kind of impunity. Whoever is the individual pushing for these undemocratic tendencies when primaries have already been conducted, this must not be accommodated by INEC and the political parties.”

They urged collective action against those who want to undermine democracy in the country even as they declared that politicians must not be allowed to derail Nigeria’s democracy, which they are the greatest beneficiaries.

“For democracy to thrive, transparency must be adhered to, ” the CSOs insisted.

Senior lawyers in Nigeria have reacted to the replacement of the names of winners of primary elections with non-partakers in the intra-party polls, describing it as unlawful.

Kayode Enitan (SAN) said INEC cannot accept the name of a candidate that did not participate in a primary in line with Sections 31 and 33 of the Electoral Act.

He said, “There are specific grounds for substitution of candidates after the primary election, as clearly provided in Sections 31 and 33 of the Electoral Act, and these are  voluntary withdrawal by the candidate or death of the candidate.

He said, “Where a candidate withdraws or dies, a fresh primary election must mandatorily be conducted by the party.

“INEC can, therefore, not accept replacement names that didn’t come out of the conduct of fresh primaries after the withdrawal or death of a candidate.”

Matthew Buka (SAN) noted that the law is very clear on the mode of presentation of candidates for elections by political parties and that no one can contest elections without participating in the party’s primary.

Buka said, “By the provisions of Section 84(5) C(ii) of the Electoral Act, no political party can just foist anybody on other contestants, unless they all withdraw or step down voluntarily and in writing.

“Even when the law is followed in this regard, a new primary must be conducted to fill the vacancy. Anything short of this is unlawful and must be challenged in court within 14 days.”

There Is Room for Substitution But … – Senior Advocates, Others

Some very senior lawyers in the country have said there is still room for substitution of candidates in our electoral laws but can only be done by the willful withdrawal of candidates.

According to them, it is illegal for any political party to substitute candidates because such provision is no longer in the Electoral Act 2020.

A Senior Advocate of Nigeria, Mr Ahmed Raji,  said substitution of candidate is allowed in our electoral laws, if it is willful withdrawal by the candidate and it is done within the time frame.

He said in the new Electoral Act 2022, in a situation where a candidate dies, a fresh primary election must be conducted and it should be within a time frame as stipulated by the law.

Raji said, ”There is room for substitution in the Electoral Act. If somebody has been nominated by his political party and he dies, the party can conduct another primary election within a specific time frame.”

Another lawyer, Mr Abdul Balogun, agreed with the submission of the learned silk.

According to him, in the case of senatorial seats in Yobe and Akwa Ibom, those involved should go to court and challenge the actions of their party.

”It is unfortunate that politicians refuse to learn from the mistakes of the past. It is expressly stated in the Electoral Act 2022 that political parties cannot substitute candidates, but what we see now, they still engage in it.

“What I will simply say is that those who feel their tickets have been wrongfully taken away from them should seek redress in the court and get justice,” Balogun said,

A law lecturer, Mr Sylvanus U. Agom, said the law guiding our elections should be strengthened and also sanction defaulters.

He said unless this is done, politicians will always find a way to manipulate the process.

He expressed disappointment that after over 20 years since the return to democracy, the country was yet to get its electoral processes right.

According to him, by now, the country should have gone beyond what we have now in our electoral process.

“We should be thinking of how to deepen our electoral process so that we can have credible elections. Unfortunately, politicians failed to play the game by the rule, they always find a way to subvert the process”, he said.

Meanwhile, the winner of the Yobe North Senatorial ticket under the platform of the All Progressives Congress (APC), Hon Bashir Sheriff Machina, said he had confirmed that the party submitted the name of  Senate President Ahmed Ibrahim Lawan to INEC) instead of his own.

Machina, who spoke through his media aide, Hussaini Mohammed Isa, said, “Our sources from the APC Secretariat have confirmed to us that the party submitted Ahmed Ibrahim Lawan not Bashir Sheriff Machina to the INEC.

“Bashir Sheriff Machina will not agree with this unjustifiable action orchestrated to scuttle the mandate given to him by the people of Yobe North Senatorial district.

“He has been contacted by many personalities for him to agree with the decision but I am assuring our supporters that Bashir Sheriff Machina will not succumb to pressure, and we will challenge the decision before the court of law instead,” Isa vowed.

He equally stated that the national headquarters of the party did not contact his boss before or after the substitution.

Akpabio’s Name Will Be On The Ballot – Aide

In a related matter, the chief press secretary to Chief Godswill Akpabio, Mr. Jackson Udom, confirmed that it is Akpabio’s name that is on INEC’s list”, adding that “the news is everywhere and surprise you can get it.

Also, the former Spokesman of the House of Representatives, Eseme Eyiboh, who holds the ticket for Eket Federal Constituency seat for APC, said “Akpabio’s name will be on the ballot.”

No Report Suggests The Names Were Forwarded To Us – INEC

Meanwhile, the Independent National Electoral Commission (INEC) has said no report suggested that  the names of Senate President Ahmad Lawan and former minister of Niger Delta Affairs, Senator Godswill Akpabio had been forwarded to the Commission.

INEC stated this through the chief press secretary to the INEC chairman, Rotimi Oyekanmi in Abuja, yesterday.

According to him, “Which reports? Show me a copy of the letter written by the APC to that effect.”