by Tunde Oguntola
in News, Politics
0 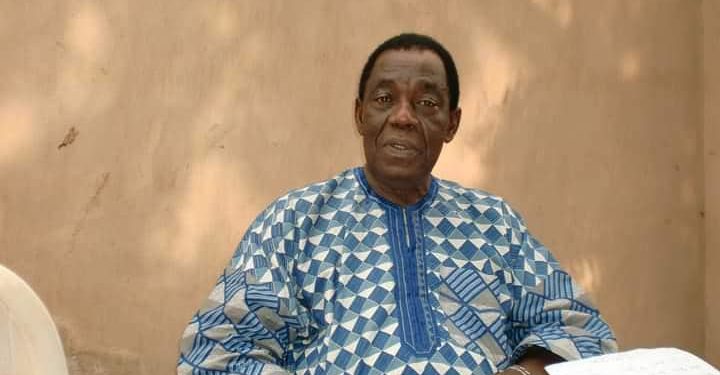 Addressing delegates from the 36 states of the federation and FCT in Abuja during the SDP national convention, the acting SDP national chairman, Chief Supo Shonibare, was optimistic that the party’s candidates seeking various elective positions will be victorious during the 2023 general elections.

The National Convention Organising Committee chairman, Chief Mike Odunrinde, who presided over the election, said of the 311 delegates accredited, 308 voted in favour of Ikeyina, two voted against while only one vote was voided.

While addressing the delegates, Chief Shonibare disclosed that after the national convention and the final determination of the court case, the party will have an extra-ordinary convention which is expected to involve members of the factional group, adding that the SDP leadership is “particularly mindful of the fate of our candidates.”

He acknowledged that some of the aspirants who emerged as candidates at all levels who are not aware of the ongoing internal crisis will be protected from all forms of jeopardy that may happen in the nearest future.

He said he is leading the party in an acting capacity until the next convention.

Shonibare said, “We will continue to extend an olive branch to the other tendencies who we know were never elected and we are particularly mindful of the fate of our candidates because I tried to tell my colleagues that we must appreciate that candidates that have come as SDP candidates may not know the division within the party.

“So, we must appreciate the challenges of candidates and we have offered an olive branch which the other tendencies,  the other faction if they had meant well for our political party, they would have accepted that olive branch because what we proposed was to co-administer the primaries for candidates but because they were focused on other issues they were prepared to put candidates in jeopardy because the fact that INEC has told you to go and speak to one side does not guarantee that the court when this matter is determined will make a declaration that wherever you went to is the legitimate leadership of the party.

“There is no guarantee. So, there’s jeopardy for those who think they are collecting forms and INEC is telling them the way forward. As I said earlier all of us know that there were a few governors who didn’t even campaign and they are governors today why?  Because it was deemed that the processes that they went through or the leadership that they submitted to was the proper leadership of the party.

“So, we will continue to do all that we can to ensure that the candidates are not put in any more jeopardy we will continue to do all we can to absorb them. We know that some people who are in the other faction who are not comfortable being in that faction who get in touch with us from time to time, we know their challenges and the door is always open.

“After this event, we expect to have an extraordinary national convention which by God’s grace will overcome the problems that delegates have had coming here this morning and which will include all the other tendencies of our party provided they all accept the uniform constitution that all of us had fashioned together in 2018,” he said.