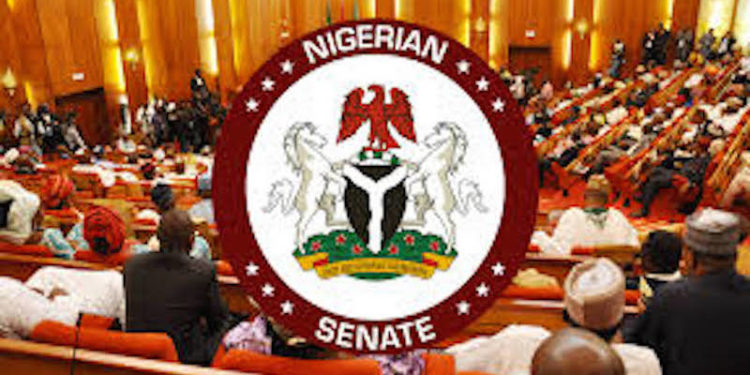 The Senate, through its Committee on Public Accounts, has resolved to probe the utilisation of over N1.7trillion Service Wide Vote allocations in the 2017-2021 budgets disbursed to government agencies.

The chairman of the Committee, Senator Matthew Urhoghide, who  made this known during the Committee’s meeting, said beneficiary government agencies needed to give explanation on how they utilised the funds.

He added that the Service Wide Vote is a disbursement into shortfalls in capital and overheads.

A Service Wide Vote which is also known as the Consolidated Revenue Fund Charge is more or less the country’s contingency fund in the annual budget.

It is a huge sum of money which is kept for unforeseen expenditures. The recurrent expenditure part of the fund is what is actually referred to as the SWV, while the capital part of it is called Capital Supplementation.

The SWV is domiciled in the Federal Ministry of Finance.

The chairman also ordered the acting Accountant General of the Federation, Okolieaboh Sylva, who appeared before the Committee to submit details of disbursement of Service Wide Votes as quickly as possible.

According to him, “We want you to submit details of disbursement of Service Wide Votes, let us have it as quickly as possible, please we want speed.

“The other one that concerns you is the disbursement of Service Wide Votes from 2017-2021, you have not submitted the 2021 disbursement, let us have that of 2022 as quickly as possible, the reason is because we have 797 agencies to deal with, we have decided to put them on hold until we get your report of 2021, so that we don’t start writing fresh letters on 2021 again as soon as possible.

“We need to input it into our report, let us able to know that you have excersie a level of cooperation with us, give us hard copies for our members to study.

“We have to take you first before any other agency, you will have to appear first week of our resumption.”

Speaking further with journalists, Urohgide said the agencies needed to explain how the Service Wide Votes collected have been spent, adding that the Committee will need to know who authorised the disbursement of funds from Service Wide Votes, who applied for it, the authority which incurred the expenditure and the supporting documents.

He said for the first time, the Senate was making inquisition into Service Wide Votes.

It could be recalled that Senator Urhoghide had earlier complained about the SWV, noting that they (the Senate Committee) had yet to find out how disbursement for SWV both recurrent and capital expenditure were being utilised.

According to the lawmaker, his committee has made several attempts in the past years to ensure that heads of Ministries, Departments and Agencies (MDAs) give account of what they get from the SWV but all efforts have been futile.