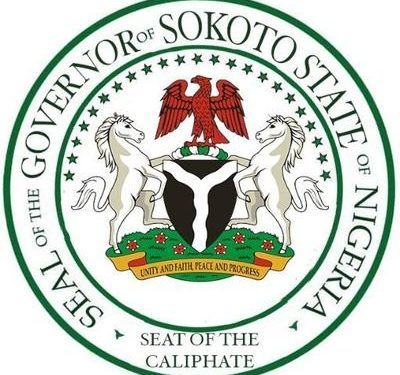 Contrary to reports trending online that a medical student of Sokoto state, Usman Yahaya, is languishing in jail, far away in Russia, the state government has denounced his claims as a scam.

Usman Yahaya had claimed he has been suspended by the Irkutsk State Medical University (ISMU) and detained at a Russian immigration camp at Angarsk Irkutsk, by authorities of the European nation’s immigration.

Governor Aminu Waziri Tambuwal who diverted a media parley with journalists to address the issue lampooned arm chair journalists, whose stock in trade is to feast on lies without proper investigation.
Shedding more lights, former chairman of Sokoto State Scholarship Board, Hassan Mohammed Rabah, confirmed that, Usman Yahaya, had a five-year scholarship to study Medicine in a Sudan University, from 2014 – 2019.

But, after a year in Sudan, Yahaya came up with an application to transfer his studies from Sudan to Russia.
Rabah said, “despite realising that Usman Yahaya has issues with the university in Sudan, the then, commissioner of Education went ahead and approve his application with the proviso that, it will be at no additional cost on the state government. This is after the Usman Yahaya had spent one year in Sudan.
“On getting to Russia, he had to spend one year learning the language, meaning two years already gone. At the end of the five years scholarship, he started coming up with funny tales.

“At a time, he went and hide himself in a bunker and came up with stories that, he was sick and will need to undergo two stages of surgeries. His Excellency, Governor Aminu Tambuwal was magnanimous enough and, graciously approved money for his ‘treatment.’

“Later, he started sending fictitious letter requesting for money, which we found out were not from his university when we got in touch with his university. A fellow student from Sokoto State confirmed to us that, he saw Usman Yahaya, who claimed to be in detention, two days ago, at the university sports complex.

“We also have information that, he got married to a Russian woman, who he has issues with and, he is desperately looking for money everywhere, which pushed him to blackmail the state government.

“We are in touch with the university, he is still in the university, with a semester to go. We are pleading with the governor to magnanimously settle his remaining fee of four thousand eight hundred dollars (which he put at twelve thousand dollars), for him to complete his studies.