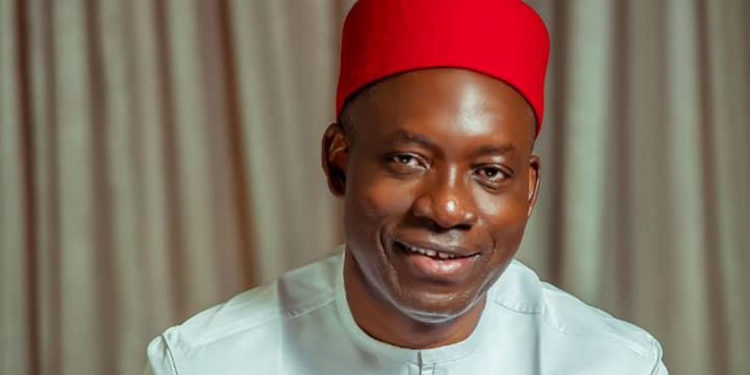 Governor of Anambra State Chukwuma Soludo and the president-general (PG) of Umueri General Assembly, Chief Johnny Chukwudi Metchie have been commended for the transformation of Umueri General Hospital since they came into office this year.

The hospital was abandoned by the state government for many years until the administration of former governor Peter Obi rehabilitated it about 10 years ago.

However, the Umueri General Hospital was again unattended to throughout the eight years that Willie Obiano governed the state, as the facility was taken over by weeds and reptiles.

But life has returned to the hospital, barely two months of Soludo’s tenure and less than three months that Chief Metchie was inaugurated as president general of Umueri.

A sociocultural organisation, Umueri Diaspora Professionals (UDF) made the commendation while reacting to the deployment of a chief medical director (CMD), Dr Chinyere Johnpeter Obi as well as approval of a Dental Clinic for the Umueri General Hospital, by Governor Soludo.

Addressing newsmen in Abuja, UDP executive secretary, Engr Martins Okpala Udo said members of the group and Umueri community in general, are overwhelmed with joy because of the rapid development taking place in the area, less than two months since Chief Metchie became the president general.

According to him, UDP was aware of the letter written to Governor Soludo, by Chief Metchie, seeking his intervention to rehabilitate the General Hospital and make it fully functional, among other requests and commended the governor for his quick response.

“We are grateful to the governor of our state, Prof. Chukwuma Soludo, for his positive strides in Anambra currently.

But we are particularly happy and therefore commend him for the quick response he made, to the letter of appeal written by our president general for intervention on the Umueri General Hospital.

“Less than two months since Chief Metchie became the PG of Umueri General Assembly, a lot of developments have come to the community. Apart from the transformation of the hospital, we are aware of the restructuring of the security architecture and provision of working materials to the local vigilante, including communication gadgets, surveillance cameras, operational vehicle and others which have combined to make Umueri one of the most secured and peaceful areas in Anambra State today.

“We are aware also, of the training on skill acquisition undertaken and fully funded by the new PG as well as provision of empowerment materials which benefited hundreds of women, youths and challenged people who can now fend for themselves as well as employ others,” UDP said.

It would be recalled that earlier this week, the people of Umueri and others, were assured of the commitment of Governor Soludo to transform communities in the state.

The state commissioner for transportation, Mrs Patricia Ifeoma Igwebuike, gave the assurance in Lagos at an interactive meeting with Chief Metchie.

The commissioner said that community transformation, in terms of provision of amenities like hospital, water resources, good roads and others as well as security of lives and property of the people, are together, part of the administration’s dream of a comfortable homeland that Anambra would become.

She said that Governor Soludo is working tirelessly to ensure that basic amenities reach the people wherever they may live in the state, adding that communities are expected to reciprocate the administration’s efforts by protecting public utilities provided in their areas.

Earlier, Chief Metchie told the commissioner who also hails from the area that the people of Umueri are happy with Governor Soludo and his administration for the promptness with which he has addressed some of the concerns that he raised for the development of the area.

In a statement he personally signed and released on the Dental Clinic, Chief Metchie said, “With great joy in my heart, I thank the state Governor, His Excellency Charles Chukwuma Soludo and the commissioner of health, Dr Afam Ben Obidike, for their commitment in making Umueri General Hospital a standard health centre in Anambra State.”