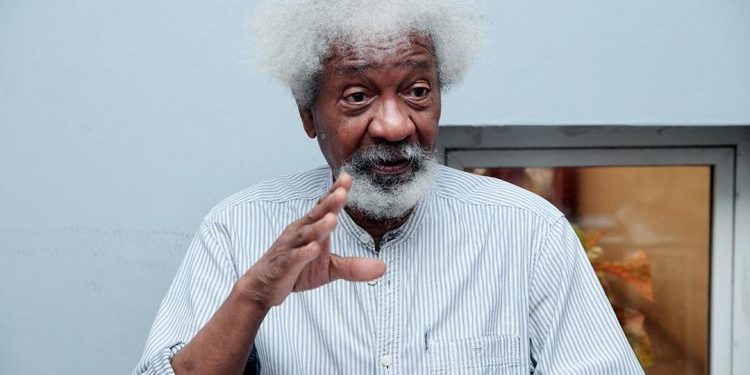 Nobel Laureate Professor Wole Soyinka and notable lawyer, Chief Mike Ozekhome (SAN) have charged those in government to make democracy work for the electorate, saying the current democratic governance in the country is not working for them because their power to change government has been suppressed.

This view was expressed at the 29th anniversary of the annulled June 12th 1993 election which was held at the residence of the acclaimed winner of the election Chief M K O Abiola in Opebi, Lagos.

Soyinka who was represented by Professor Pat Utomi emphasized that there is the need to make democracy work for the people, because right now, it is not working for them, noting that Nigeria is being ruled by incompetent and greedy leadership.

He saidif democracy works the people can easily replace that bad leadership. Soyinka said, “it is impossible because there is no democracy in Nigeria. What it takes is to return Nigeria to democracy and rescue it from pseudo democracy, that should be done.

“The sacrifices that have been made are too much to lose this democracy or to allow it to be going the way it is going.”

Also speaking Ozekhome said June 12, 1993 election was the coming  together of Nigerians to seek nationhood and it was an historical movement.

Ozekhome said Nigerians should use the opportunity of June 12 anniversary to get things right, praying that God should grant the country the opportunity to have a democracy that will serve the people.

He urged Nigerian leaders to go back to where the nation got it wrong in the memory of late Chief M K O Abiola, noting that in order to get things right in the country, the country needs a new constitution which should be people driven.

Ozekhome said restructuring of the country is indispensable.