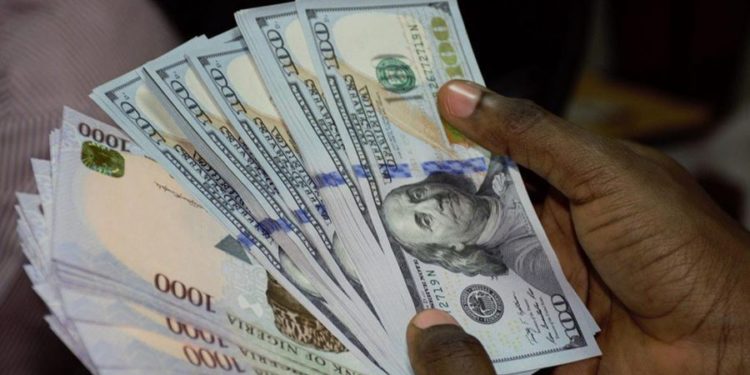 The value of the Naira had in the past three weeks, seen a volatility that saw the local currency dip from N660 to N730 to the dollar within days. By the second week it appreciated and sold at N600 to the dollar, before stabilising last week to N675.

The volatility at the parallel market had sparked off after the last Monetary Policy Committee meeting in July, where the governor of the Central Bank of Nigeria, Godwin Emefiele, had been misquoted as saying the apex bank would sanction anyone who exchanges naira for dollars.

However, following the clarification by the CBN and the assurances that the apex bank was not considering another devaluation in the short term, the value of the naira firmed up to N680 to the dollar. My findings also showed that operatives of the Economic and Financial Crimes Commission (EFCC), had stormed the hive of money changers in Lagos, in an effort to stem the activities of speculators.

This move had seen the value of the naira appreciate to N600 the previous week before returning to sell at N675 as at last week Friday.

At the official end of the market, the value of the naira had depreciated from N415 to N430 before settling at N429 to the dollar at the end of last week. The CBN had continued to use its monetary instruments to cushion the high demand for the naira at the official market.

Emefiele had noted that “once we see that there is excess liquidity we will continue to use our discretionary powers to mop up those liquidity in the vaults of the banks so that they will not get involved in speculative activities with those who want to speculate with the currency.”

Head of Consulting at Agusto Consulting, Mr. Jimi Ogbobine said “The recent jump we are seeing is basically a result of a supply crisis in the forex market. The foundation of all of these is demand versus supply and when demand outweighs supply you will see this kind of currency depreciation.

“If the central bank was able to meet forex demand,  then we will not see this kind of price distortion. On one end, Nigeria is not able to meet forex supply and on the other end we are trying to restrict and constrict demand which means that quite a number of legitimate requests for forex are now being diverted to the parallel market.