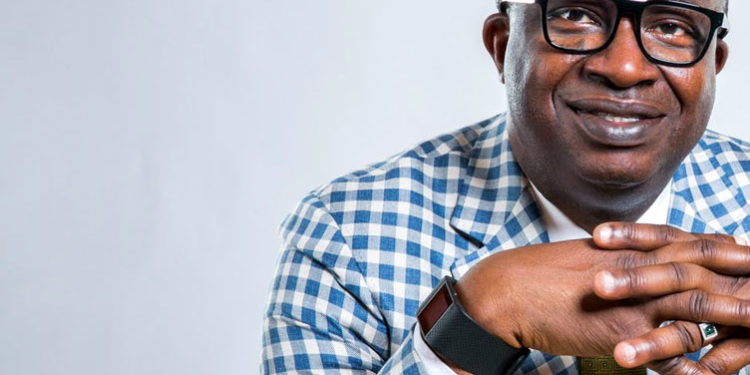 An obstetrician/gynaecologist and managing director, Nordica Fertility Centre, Dr Abayomi Ajayi, has said that sperm enhancing drugs can only guarantee better performance and not fertility, saying having sex and having a baby are two different things.

The fertility expert, who stated this while addressing journalists in Abuja, noted that 40 to 60 per cent of infertility cases are linked to the men, adding that the only way to roughly assess male infertility now is by looking at the sperm analysis.

He, however, expressed concern over the declining sperm parameter, saying “But some parameters are declining all over the world. There is a study done in the developed part of the world and it shows that in about 40 years, sperm have declined by about 50 per cent. We also did a study in Nigeria and it showed that in about 10 years, we will have a decline of about 30 per cent. Hopefully science will be able to answer that question to bail the man out of this.”

Other things that can also lead to male infertility, according to the expert, are infection, surgery, trauma, environmental factors, etc.

“And some also of course have had infections which have blocked the tube that connects where the sperm is living in the testes to where it is needed if that valve is blocked from previous infection and if not well treated. Also, some have had trauma; you fell down in school, you fell inside a hole that also can cause some restrictions around the pipe. It can also follow surgery especially for some people who grew up in the village and have had hernia, some doctors can catch the tube that transfers sperm that also can lead to male infertility.

“We did a study and we saw that male infertility is common in the Niger Delta due to environmental factors. So, there are some jobs too that can also predispose men like if you work in the factory for a very long time, paint industry, okada riders because of the fact that they stay on high temperature for a very long time, people who are exposed to toxic materials, long distance truck drivers, those are some of the things, then also it Is being said that putting your cell phones in your pockets or putting laptops on your lap can also affect because of radiation.”

On treatment, Abayomi said it is only very few men that drugs are beneficial to. “About five to 10 percent of men will benefit from drugs, usually these are men who have low hormones, so you have to have done their hormones to see that they are lower, then you can do hormone replacement for them but majority of the men, they do not react to any hormone, so drugs most of the time is a waste of time with majority of the men. So, what we can do them is In vitro fertilization (IVF).”

However, Abayomi explained that men whose parameters are not good cannot fertilise the egg. He said initially, the focus was only on female infertility.  “We put the sperm into the egg and then we have an embryo that now forms and then we now see the quality and then transfer the embryo back.

“One thing we now discovered was that we could make a lot of the sperm to fertilise the eggs but they could not become babies because of the quality of the embryo.”

He said in order to improve on it, they introduced Intracytoplasmic morphologically selected sperm injection (IMSI), a technique used in IVF treatment to examine and select sperm using a high-magnification.

“With IMSI, it was like really seeing the sperm, not just because it can move, we can see the head, we can see the sperm and what we saw back then was amazing because some of the sperms have problems in the neck, the tails not ok, but we are still not there yet. We now know that the most important thing is the DNA and not even the sperm, but all these things are just rough ways to say let’s look and find the sperm that looks normal.

“We discovered that some of the these sperm that are able to fertilize an egg have some protein then we said let’s put these protein in a dish, put your sperm sample in it,  the sperms that are attracted by that resettle, they are likely to be normal sperms, that is why it called Physiological PIMSIL. We also still do that. We have done a lot in trying to pick a perfect sperm but we know we are still not there,” he explained.