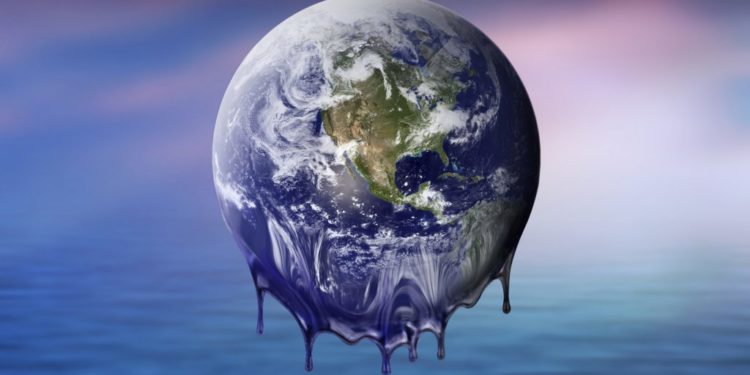 The world has been on edge on account of environmental issues especially global warming or climate change. As a result, consistently humanity is under pressure to take greater care of the planet. Ever since a United Nation’s panel monitoring climate change issued a Code Red Alert as a result of damages done to the environment, the UN has once more recently pointed out that ‘nature is in emergency mode. To maintain global warming below 1.5°C this century, the world needs to halve yearly greenhouse gas emissions by 2030.

Should the world become complacent through its actions and or inactions,‘exposure to air pollution beyond safe guidelines will increase by 50 per cent within the decade and plastic waste flowing into aquatic ecosystems will nearly triple by 2040,’the body states. Hence the reason World Environment Day should be a wake up call for everyone to take the bull by the horns or face the consequences. It bears repeating, that humanity has no other home but this planet earth!
Scientists have warned that the Earth faces a triple planetary emergency, namely that: the climate is heating up too quickly for people and nature to adapt; habitat loss and other pressures mean an estimated 1 million species are threatened with extinction; pollution continues to poison the air, land and water according to UN.

All is not doom and gloom as the organisation offers a way out of this problem by, transforming economies and societies to make them ‘inclusive, fair and more connected with nature,’ suggesting that mankind move from harming the planet to healing it. The solutions and technology to do this are available and affordable.
This year’s World Environment Day 2022 with the theme : OnlyOneEarth calls the world together towards a collective, transformative action on a global level to commemorate, protect and restore planet Earth. Simply put, the UN insists that there is Only one Earth: In the universe are billions of galaxies, In the galaxy are billions of planets, But there is #OnlyOneEarth.Let’s take care of it.’

The World Environment Day came to being through the United Nations Environment Programme (UNEP) and has, since 5 June 1973, been held every year.
Facts by the UN reveal that the world is using about 1.6 per cent of the Earths to maintain its present way of life, and the ecosystems are unable to keep up with the demands. These demands left unchecked will still continue to grow. Also, lifestyles are linked with two thirds of all greenhouse gas emissions. However, research reveals that sustainable lifestyles and behaviours could reduce emissions by 40 to 70 per cent by 2050.
The World Health Organisation (WHO) has recently said that it will focus global attention on ‘urgent actions needed to keep humans and the planet healthy.’
WHO notes that approximately over 13 million deaths around the globe annually are as a result of ‘avoidable environmental’ causes consisting of climate crisis, it described the situation as, ‘the single biggest health threat facing humanity.’ We have also been made to understand that decisions made on commercial, social and political issues are resulting in climate and health crisis.

In Nigeria, malaria is said to account for 30 per cent of infant mortality and 11 per cent of mortality cases. The country carried the burden of 31.9 per cent of global malaria deaths in 2020 and was recorded as the most malaria burdened country in Africa, according to The Borgen Project. A dirty environment will certainly make it difficult to eradicate malaria from Nigeria. This is why the country has to prioritise hygiene and sanitation.
The extreme weather adversely affecting the health of citizens is a pointer to what needs to be done.
With this information it is abundantly clear that our health and that of planet earth is at risk should we ignore the warning signs of climate change and refuse to take care of the environment.

In Nigeria, while the Ministry of Environment is doing what it can to ensure safe environment, the federal government needs to put in place more policies that would be environment focused, while enforcing those already in existence. There should be more awareness campaigns mostly in rural areas, to educate Nigerians on the gravity of what we face as a result of climate change.

The Ministry of Environment should also work harder to prevent general release of carbon monoxide into the atmosphere. Prevent indiscriminate burning of waste as well as its disposal. Illegal felling of trees should be checked as well as several other practices that destroy the environment. We ought to work collectively with other countries, even if our role in the damage is minimal, at the end of the day, it affects us all. Let us work together to protect the environment.

Ogunsan Showers Encomium On Kumuyi At 81