by Abdulrahaman Zubairu
in Backpage
0 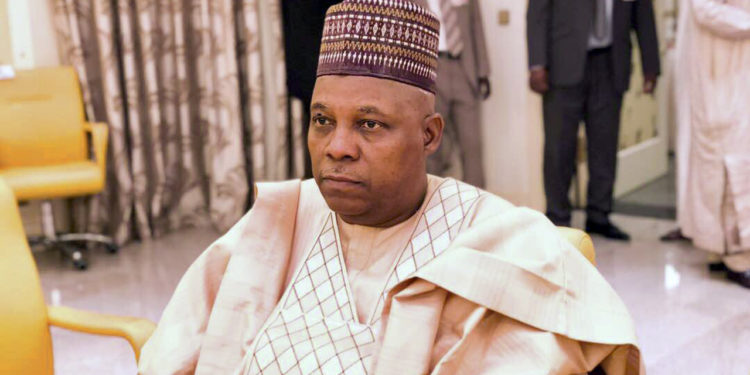 Two weeks since the announcement of Kashim Shettima Mustapha, former governor of Borno state and Senator representing Borno central as substantive running mate to Asiwaju Bola Ahmed Tinubu, presidential aspirant of the ruling All Progressives Congress (APC), the political space in the country has been agog. There has been much talk about his emergence bordering around, especially, religion and ethnicity among others.

Some have complained that a Muslim-Muslim ticket will be detrimental for the APC. Those championing this argument keep turning a blind eye to the fact that during the 1993 Presidential elections, adjudged to be the freest and fairest in the history of elections in Nigeria, the winner – the Social Democratic Party (SDP) – fielded Muslim-Muslim candidates. Then again, they would argue that the political atmosphere then isn’t the same as now. They however fail to see that Abiola and Kingibe were elected largely on competency rather than religious sentiments.

From a particular perspective, Kashim Shettima’s emergence is a masterstroke and the reasons aren’t far-fetched. They are primarily based on competency and ability of the man in question, rather than ethno-religious considerations. Unknown to many, Shettima comes from humble backgrounds, not the typical political dynasty that many politicians of today have come to be associated with.

After his tertiary education, he began his career in the banking sector, rising through the ranks to hold several high-ranking executive positions at different banks.  By the mid-2000s, he was the manager of Zenith Bank’s Maiduguri office before leaving the position to enter the state cabinet of Governor Ali Modu Sheriff in 2007.

After four years in the cabinet, he was elected governor in 2011 and re-elected by a wider margin in 2015. Being governor was where he showed his grit. He was apolitical, devoid of ethno-religious sentiments; a rare character trait of politicians in our clime. As governor, he made sure the indigenous Christians of Bornu were never discriminated or relegated. In several initiatives by his government, he made deliberate actions – affirmative action – towards making sure that the Christian community, both indigenous and settlers were carried along.

As governor, he included Christians and non indigenes in his cabinet. He made sure to run an all inclusive government towards ensuring equity and make people have a sense of belonging. It is on record that he made an Igbo man from Anambra state his special adviser on community relations. He also made an Urhobo man from Delta state a senior special assistant. In several interviews while he was governor, he had admitted on several occasions that the Boko Haram insurgents originated from the Muslim community. But that didn’t stop him from rectifying the damage they caused particularly to the Christian community in the state.

It is on record also that he rebuilt all the Churches that Boko Haram destroyed in Southern Borno which is mostly Christian dominated. He was a governor that protected the rights of Christians in his state. He was also known to be a governor who didn’t subscribe to the indigene/settler dichotomy. Every community was equal in his eyes and attracted the same treatment. He was a governor that practiced what he preached. His government was known to be one of fairness, justice, equity, inclusivity and he was willing to provide such governance at whatever price.

Shettima’s two-term in office as governor was dominated by the deadly Boko Haram insurgency. He didn’t let this dissuade him. In fact, he solely funded 20,000 Civilian Joint Task Force (JTF) fighters for 6 years in the fight against the insurgents. His contributions have been acknowledged by the military, security stakeholders, past and incumbent federal administrations as well as residents of Borno State. His funding of the Civilian JTF was crucial in the fight against Boko Haram as the group played and still plays crucial roles in intelligence gathering, easy identification and arrest of suspected insurgents and supporting the military in the war fronts.

Following frequent attacks by Boko Haram insurgents in some parts of Borno State, Shettima as governor met with the Civilian JTF on several occasions, appreciating their gallant efforts and providing welfare packages for them. Typical of his magnanimity, he was known to periodically dole out cash bonuses and ensured that their allowances were paid as at when due. He was also known to have directed the state’s Ministry of Health to put a system in place that would guarantee free medical attention to all youth volunteers in all public hospitals in the state.

His open defiance and commitment to curbing insurgency put his life as risk, periodically receiving death threats from insurgent groups. In 2019, it was all over the news that gunmen opened fire at the motorcade transporting him on his way from Maiduguri to the market town of Gamboru for a rally ahead of the presidential election. The Islamic State West Africa Province (ISWAP) claimed responsibility for the attack.

The following year, Boko Haram leader Abubakar Shekau threatened his life and some others publicly in a 56-minute video clip. Shekau threatened Shettima due to his Kanuri heritage but most importantly because of his efforts and commitment to the fight against Boko Haram during and after leaving office. The likes of Shettima and Zulum, the current governor of Borno state have consistently spoken and worked against Boko Haram, helped those displaced by the group and called on the federal government to do more in the fight against the group.

Without a shred of doubt, one can conclude that Asiwaju Bola Ahmed Tinubu has chosen a leader who has a very deep understanding of Nigeria and her complexities. There is hardly any tribe in Nigeria that Kashim Shettima cannot knowledgeably speak about. He knows the social, cultural, religious, economic, and political structure of virtually all the 36 States and the Federal Capital Territory. He has proven to be extremely patriotic and he believes passionately in the unity of Nigeria, proving it on a number of occasions.

Asiwaju Bola Ahmed Tinubu will not have made a better choice. The former banker, agricultural economist, governor and parliamentarian is a highly cerebral, eloquent, competent, courageous and cosmopolitan leader who has succeeded in building bridges, reputation and friendships across the country. One can say the VP pick has the capacity, acumen, wherewithal and political sagacity to effectively deputize and complement Asiwaju as Vice President.

As earlier noted, competency is key rather than sentiment, and this apparently was also the underlying factor behind Asiwaju Bola Ahmed Tinubu’s (ABAT) choice who insisted that the belief in prioritizing leadership, competence, and the ability to work as a team over other considerations influenced his running mate choice of Kashim Shettima Mustapha. In ABAT’s words “I announce my selection with pride because I have made it not based on religion or to please one community or the other. I made this choice because I believe this is the man who can help me bring the best governance to all Nigerians, period, regardless of their religious affiliation or considerations of ethnicity or region.”