In terms of welfare, values, amenities, extra-curricula activities, feeding, and infrastructure Federal Government College (FGC), Ikot Ekpene, findings reveal, does not fit in the category of an ideal school. INIOBONG EKPONTA writes on the deplorable state of the secondary school.

by Iniobong Ekponta
in Feature
0 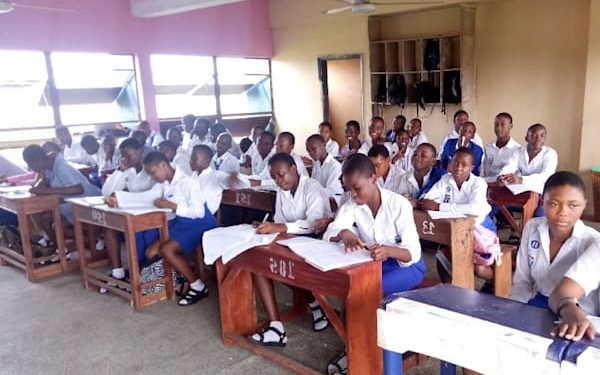 Hitherto, Federal Government Colleges popular called (Unity School) was once considered as some of the best schools in Nigeria, sadly it has over the years glided from glory to mere public schools as on the outside, it is a symbol of pride, privilege, and pedigree, but inside, it lurks rot engendered by corruption.

This is even as a week after the sudden death of a student at the Federal Government College (FGC), Ikot Ekpene Local Government Area of Akwa Ibom State, tension and fear have refused to abate in the school.

Angry parents have continued to vent their emotions and sentiments over the grievous demise of little Rita Emmanuel, an 11-year-old Junior Secondary, 1 (JS1) student of the school whose death was allegedly blamed on negligence of the management.

The parents also lamented dysfunctional medical facilities, medical laboratory, indiscipline, and insecurity at the school.
Little Rita, it was learnt, died after being taken to the school’s Sick Bay, but sadly there were no drugs to stabilise her. Also, there was no specialist in the Sick Bay.

The deceased was said to have been released to her parents, who took her to a referral hospital where she died as medical experts could not save her from her situation the school management described as “complicated”.

Disturbed by the sad incident, parents blamed the matter on negligence by the school management, noting that “the medical facility in the school is completely dysfunctional to take good care of the students in the school numbering about 5,000 students.”

More so, Akaniyene Archibong, one of the protesting parents, lamented “over-enrollment” and overpopulation in the school.

Archibong said, “The school is overpopulated which was a major problem. The management has overshot the school’s capacity, and overstretched the health facilities including teaching and learning infrastructure in the school.”

It was gathered that only two qualified nurses and a few supporting workers attend to sick students. Sifon Bassey, a parent who queried why the school Sick Bay will not have a medical doctor, except for only two nurses, lamented that the management needs to brazen up to ensure that such students get proper welfare.
He said, “You all know the truth. Only two nurses take care of the large population of students who could develop different ailments at the same time.”
Checks by our correspondent revealed that the average population of students in each class is estimated to be between 55 to 62, as against the 25 or 26 standard carrying capacity for each class.

It was also gathered that the entire population of Junior Secondary (JS3) currently stands at 497.

“Children as young as 10 years old are going through a lot of pain. The school’s medical facility is in a deplorable state. There are no quality drugs with only two nurses. The students are also poorly fed, with cooks and teachers allegedly always in the habit of carting foods away. This act has left the students malnourished. There are also reported cases of water crises in the school,” Mayen Ekanem, a parent said.

“This is a clear case of avoidable death. The school is lacking in everything including discipline and security because young children have traumatic experiences almost every day with the senior students brutalising them, stealing their things, and raping some innocent girl children,” Enobong Bassey, another parent lamented.

“My late brother-in-law’s son by name Emediong Akpan, was admitted into SS1, and that same term, a senior student hit him on the chest and he started vomiting blood. When my husband tried to arrest the student, the school management promised to handle it. Since that day, Emediong’s life has never been the same until he graduated,” another parent recalled.

“My son was wounded by his bunkmate in the dormitory, all they could do at the clinic was to administer rub, not minding the discipline of the culprit,” Mfoniso Essien said.
Explaining the circumstances surrounding the little Rita’s death, the chairman of the Parents Teachers Association (PTA) of the school, Dr Itoro Ikoh, appealed for calm, after meetings with the school management on the matter. Her words: “Miss Rita was a JS1 student. I was told she felt sharp pains in her stomach at night. The following morning, while her house mistress was on routine check, she ordered that Rita be taken to the Sick Bay. She was attended to, but on cross-examination, she was observed to be a complicated one that required referral.

“She was diagnosed of having an umbilical hernia and the attention of Rita’s parents was required. When contacted, the mother told us that she usually gave her vinegar to calm down, but was later taken to the hospital where she died.”
Some of the young students, while speaking with our correspondent, disclosed a series of harrowing experiences which includes poor feeding, and malnutrition. They also decried the rise in open defecation due to water and sanitation crises in the school.

“We are always very happy each time our parents come around on visiting days. The reason is simple, we usually have proper food to eat because they would bring us a homemade meal. They also give us pocket money to buy other things to eat if the food served at the dining hall is not good enough,” said an 11-year-old JS1 student.
She disclosed that the kitchen workers and supervisory staff “are always bringing their coolers to dish and take the food away.”
Officially the students pay N28,000 for school fees, and N5,000 for PTA, the school management takes sundry charges from parents including cash for the worship centre every term, findings revealed.

Some parents also alleged that monies ranging from N50,000 to N120,000 are allegedly charged from parents when they get admitted to the school especially if they could not secure admissions through the National Common Entrance Examination.

“What are they doing with these monies?” Ubongabasi Effiong queried.

“I believe that such charges, especially the one for the worship centre should be deployed into equipping the clinic with more drugs and to expand educational facilities to address the challenges of over-population in the school”.
But the PTA chairman, Dr. Ikoh, explained that such funds are totally inadequate to address sundry challenges facing the school.

“Such monies are used to hire part-time teachers to supplement the shortage of qualified teachers and other ad-hoc officials,” she added.

However, parents have stressed the need for alternative sources of funding for infrastructural expansion in the school.

“The school is lacking in virtually everything. I think we should call for assistance from the federal government for more funding. Most old students of this school are top corporate officials at Exxon Mobil.

“Akwa Ibom is the major operational centre of crude exploration with multinationals like Exxon Mobil in Nigeria. We should call on the company to extend its corporate social responsibility by intervening to save the school and the students,” Peter Nwachukwu said.
Nwachukwu further said that if the students continue to wallow in an environment where fear, indiscipline, and malnutrition remain the order of the day, the essence of establishing the Federal Government Unity Colleges will be defeated.
To further calm frayed nerves, the school principal, Mr. Ezeonu, it was learnt, has appealed to parents to exercise patience as the school management has been working hard to manage the situation.

Towards full restoration of peace to the school, the PTA has summoned an emergency meeting of all parents for Saturday, July 2, 2022.
The notice signed by the chairperson, Dr. Ikoh, of the University of Uyo, Akwa Ibom State, and made available to our correspondent on Wednesday, said it was mandatory for all parents to attend as updates on recent happenings in the College would be discussed.