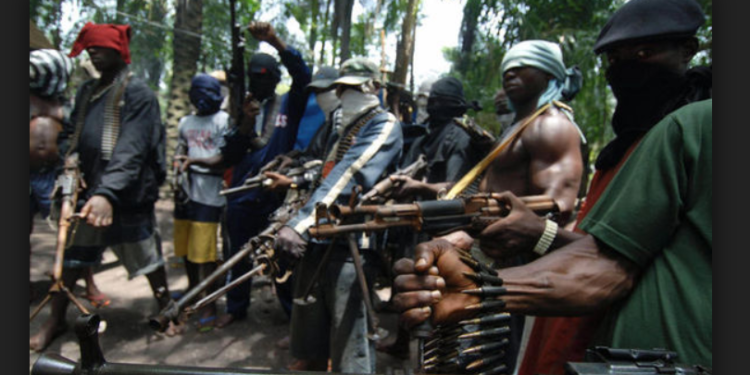 New Nigerian People’s Party (NNPP) in Katsina State has said that over 50,000 innocent people were killed as a result of incessant attacks carried out by terrorists across the country.

The party called on President Muhammadu Buhari to declare a state of emergency on security and immediately hire mercenaries to curtail the spate of banditry in the state and country at large.

Briefing journalists yesterday, the state chairman Sani Liti, explained that people have been left at the mercy of the bandits who brought hardship to the people.
He said, “In the event of the President dragging a foot or refusing to resign, we urged the National Assembly to apply constitutional means to save the lives and properties of Nigerians. It shall be pointed out that from 2015 to date more than 50,000 Nigerians have lost their lives to bandits.
“Also, several trillion Naira worth of properties and money for ransom were lost to the insurgents who used the money to purchase weapons as confessed by some of the bandits.”
“The government of Nigeria shall as a matter of urgency declare a state of emergency on security. In this respect, we are calling for the government to immediately hire mercenaries (for six months) from wherever to train and fight the rising banditry, insurgency, and tribal militia.
“Similarly, the government shall as a matter of urgency recruit one million young Nigerians to be trained as Special Forces to protect and secure the country when the mercenaries leave in six months,” he added.

7 Incredible Health Benefits Of Strawberries And Why You Should Eat More... Click Here For Details
Tags: BuhariKatsinaNNPPTerrorists
SendShareTweetShare
Previous Post