by Isaiah Benjamin
in Cover Stories
0 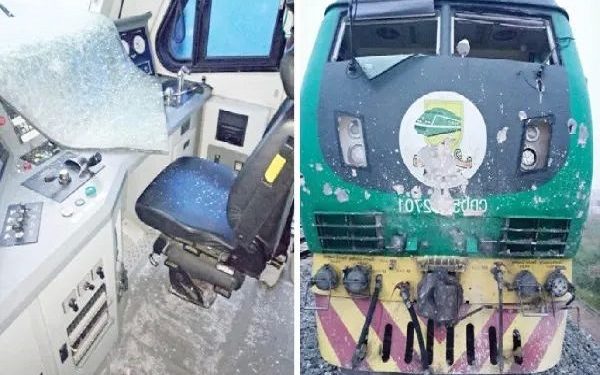 After spending about 75 days in the captivity of their abductors following a terrorist attack on an Abuja-Kaduna train where nine passengers were killed and no fewer than 65 others were abducted, 11 of the abductees have regained freedom.

The terrorists attacked the train carrying over 300 passengers on March 28 around Katari and Rijana axis of Kaduna State.
The media consultant to Kaduna based Islamic scholar, Sheikh Ahmed Gumi, Malam Tukur Mamu, disclosed their release yesterday, saying after intense negotiations between the federal government and the terrorists, they were able to secure the release of the 11.

According to him, the 11 victims released include: Jessy John, Amina Ba’aba Mohammed (Gamba), Rashida Yusuf Busari, Hannah Ajewole, Amina Jibril, Najib Mohammed Daiharu, Gaius Gambo, Hassan Aliyu, Peace A. Boy and Danjuma Sa’idu.
He further disclosed that the released victims were flown on the orders of President Muhammadu Buhari to Abuja for medical evaluation and treatment before being reunited with their families.

According to him, some retired army generals and a renowned professor assisted in the discussions that led to the release.
Mamu who also quoted an insider source said the male victims were released on health grounds as part of the request made by the negotiating team while the women who are among the vulnerable are part of the agreement reached with the abductors.

Mamu said; “It was expected initially that all the abducted women will be released in the first batch while negotiations for the release of the remaining victims will continue but according to another source that was privy to Saturday’s engagement with the abductors, they decided to cut down the number of women they initially agreed to release because of the federal government’s demand to include those with life threatening injuries/illnesses among the ones they released.

“The abductors had initially insisted that the only condition they would accept to start negotiating the release of their victims was when government releases their teenage children unconditionally but no government will accept such bargain as they must also show signs of goodwill and make acceptable compromises too by way of releasing some of the victims.”