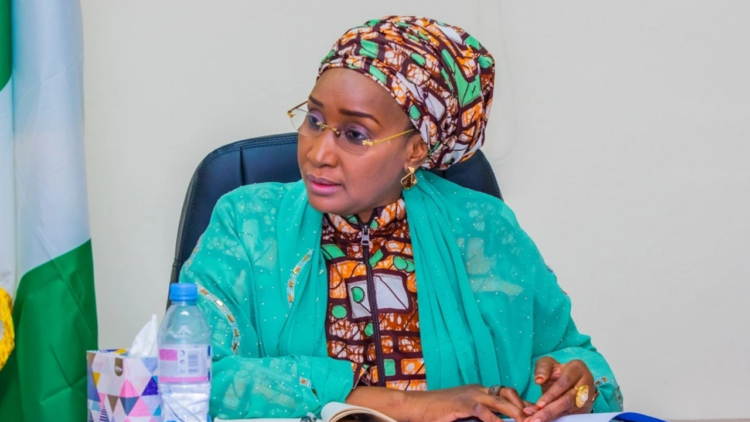 In the coming days, Nigerians will watch, with keen interest, to see how the Senate committee on special duties will address the issue of N206 billion inserted into the Humanitarian Affairs, Disaster Management and Social Development ministry’s budget and the real motive for such insertion.

Appearing before the committee to defend her Ministry’s budget, the Minister, Sadiya Umar Farouq, said she was not aware of the sum and claimed that it was inserted into her Ministry’s 2023 Appropriation Bill by the Ministry of Finance.

Farouq further told the committee that the Ministry requested for some projects for the North East Development Commission (NEDC) and the National Social Safety Net Project in the 2022 budget, but the sum was not released.

Curiously, in our view, though the said sum was not released in 2022, she said it was inserted in the yet to be approved 2023 budget and inflated 10 times.

“The money was not released and now we have seen it recurring almost 10 folds and we are also going to clarify from the Ministry of Finance to know why this increase despite the fact that in the previous year, the money was not even released for the project. So, we will get the details then send it to you,” Farouq told the committee.

To begin with, why did Minister Farouq wait until the senate committee raised the issue? Was she just getting to know about the insertion and the fact that it was inflated 10 folds? How many of such insertions were done in the budget of other Ministries, Departments and Agencies (MDAs) that may have skipped the National Assembly’s scrutiny?

A former lawmaker, obviously reacting to the insertion, said, “When legislators found that MDAs inflated their budget, they too will pad or insert their own.”

In the opinion of this newspaper, these are some of the improprieties that make a mess of the nation’s budgeting system under the watchful eyes of the anti-graft agencies and the lawmakers themselves.

It is disconcerting to note that at a time the nation is being weighed down by huge borrowings and debt servicing, with a budget that is estimated to have over N12 trillion deficit, we are faced with instances of insertions as the one uncovered by the Senate special duties committee.

This matter, in our opinion, has brought to the fore, for the umpteenth time, the vexed issue of budget padding, which has continued to generate persistently unresolvable controversies. The reason for the sleaze and why it is not going away anytime soon is because it is an all-comers game, where every participant benefits, the rot continues to fester, the nation bleeds and the people suffer unduly.

Only recently, the Independent Corrupt Practices and Other Related Offences Commission (ICPC) revealed that N400 billion was inserted into the federal government’s budgets for the 2021 and 2022 fiscal years.

Specifically, the ICPC said civil servants in various MDAs padded the nation’s N13.59 trillion 2021 budget with duplicated projects worth N300 billion while the 2022 N17.12 trillion budget has N100 billion projects’ duplication smuggled in by some MDAs.

There is no contesting the fact that the insertions are done in collusion with some lawmakers who are responsible for scrutiny and eventual passage of the budget.

Like most Nigerians, this newspaper is worried that the current budget being considered by the lawmakers may well be riddled with instances of insertions, inflations and other sharp practices, which have continued to undermine the nation’s budgeting system. There must be an end to this and a government that came on the promise of combating corruption has a huge moral burden to do all it takes in ensuring this.

Without any equivocation, Minister Zainab Ahmed must make haste to honour the lawmakers’ invite and provide justification for not just the insertion, but also the mind-boggling inflation.

More than anything else, the Lawmakers must ensure their interactions with the Minister are done in the open for willing Nigerians to have full grasp of what will eventually transpire. In the opinion of this newspaper, this revelation further underscores the need for thorough scrutiny of the budget estimate awaiting passage by the lawmakers.

Overall, we believe the Minister of Humanitarian Affairs, Sadiya Farouq, cannot exculpate herself of blame. She must explain to Nigerians why she chose to maintain a deafening silence on the insertions until the lawmakers drew her attention to it.

The Letter, The Spirit, And The Letterman

The Letter, The Spirit, And The Letterman