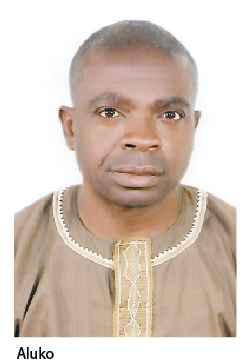 As a human rights activist and June 12 advocate, what can you say about the allegation by Mahdi Shehu that the late Bagauda Kaltho, a journalist, was used by a United States diplomat to plant bomb in Durbar Hotel in Kaduna?

What I am saying in essence is that, until there is proven evidence to contradict my claim, I am saying that just as I am a victim of their fake disposition, Kaltho was also one of the preys. In fact, if you look at what also came out from the Oputa panel, it goes to affirm that the real enemies of the country are people within the government because it is not only Bugauda Kaltho that was their victim, we have people like Shehu Sani, Femi Falana, Ganiyu Fahewehmi, Mohammed Sule, Dele Giwa, Chima Ubani, Olusegun Mayegun, lecturers and so on. If not for God Almighty, I’d not have been alive to tell my story today. Many people were picked by the military junta at random because they were identified as threats to the then military government. They’d make sure they eliminate you because they had people who were ready tools in their hands and a great number of our security forces are part of the syndicate.

As far as I am concerned, Bugauda Kaltho is a victim of state conspiracy.

When were you elected the student union president and why were you expelled from ABU?

I was elected student union president in 1991/1992. The crises continued till 1994. I was tried in different courts: Upper Area, Magistrate and Federal High courts at different times. Any time I was being arraigned in a court, you’d think that a hardened criminal was being taken to the court. They’d bring all sort of siren, amoured cars.  In fact, whenever they were passing judgment, they’d bring the NTA to record the judgment. Any day I was in court, no other case would be entertained and they’d make sure they threw tear gas everywhere. They maimed a lot of students; many were unable to make it while several others lost their admission. At a point, the New Nigeria Newspaper even wrote an editorial on me that I was an armed robber. However, in essence, I was fighting to make sure they did not extort money from students.

My offence was that I won a popular election, that is why Nigerians must realise that we have so many enemies that are against free, fair and credible elections. I got to ABU when there was no student union. We engineered an election and the school management annulled it. We forced them to de-annul it. At my swearing ceremony, the northern oligarchy said, how can somebody from the south become the president in their own university? Meanwhile, I am from Kogi State. At the end, I defeated the candidate of the government and the reactionary element of the north was also squarely defeated. That was the genesis of my problem. Again, when I was student union president, there were different theories that I was being sponsored by an international organisation and southern agents to destroy the north. They concocted all sorts of fake reports and in the end, I was expelled from ABU Zaria.

They planted all sorts of things to eliminate me at different times but they did not succeed. They then used a trumped-up card saying that I was not a student of ABU Zaria. I was in 300 Level when they finally succeeded in expelling me. Like I said, it was a combination of all forces. They wanted to kill the ant and the dog by giving him a bad name. During those days, if they wanted to nail you, they’d allege that you’re planning a coup. At a point, the school authority (ABU) said I was part of those planning a coup to overthrow the government of IBB. When former President Olusegun Obasanjo came on board, he set up a committee on politically-expelled and rusticated students. They recommended that I should be reinstated but the management of ABU under Prof. Abdullahi Mahdi refused to reinstate me. So, of all other students that were reinstated across Nigerian universities, I was the only one that was never reinstated by ABU.

What do you think should be done to unravel those behind the disappearance of the journalist, the late Bugauda Kaltho?

First, the United States Embassy that was mentioned should come out in clear terms either to confirm or contradict the allegation. Secondly, we have come to a time in this country where we have to declassify security reports as it’s done in other climes so that we’ll know those that are enemies of the country. This is because, in most cases, people that get recruited into the security forces including the DSS are not patriotic and they are people that do not mean well for the country. So, they should declassify some of this information so that we know those who are the real enemies of the state and that at the end of the day, we will not put a terrorist or bandit in government which will turn around to feast on the blood of Nigerians. I want people like Major Al-Mustapha, former chief security officer to Gen. Sani Abacha to come out and say something because his name was mentioned at different times when I was interrogated. He should also come out clear on what he knows about the disappearance or killing of Journalist Bagauda Kaltho and many other people. He was saying that if he revealed the information at his disposal, Nigeria will go ablaze. This is the right time for him to tell Nigerians the truth so that he’d wash himself clean otherwise he is part of those that are engineering and deepening the killings and maiming of Nigerians. Nigeria is bleeding and the only way the bleeding can stop is when Nigerians get justice in terms of good governance, good representation and people being accountable and open to people in the sense of it. When we are talking about accountability, it’s not about finance alone. Anybody that holds public office should be subject to public scrutiny either when he is in office or when he leaves so that we do not promote criminal elements as statesmen and people that are being celebrated ‘your excellency’ when there is nothing excellent about them or called honourable when everything about them is not honourable.