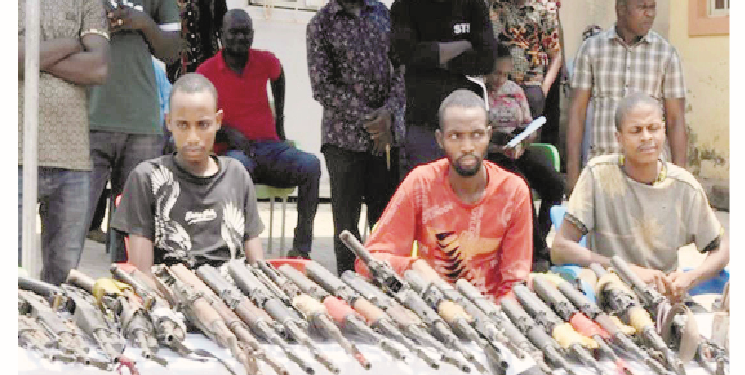 In mid December 2012, Adam Lanza a 20-year-old American drove into Sandy Hook Elementary School in Newtown, Connecticut, United States, shot and killed 26 people in broad daylight. Twenty of the victims were children between six and seven years old, while the remaining six were adult staff members.

The horrific incident became the deadliest mass shooting at an elementary school in U.S. history, and the fourth-deadliest mass shooting overall. Adam’s shooting spree began earlier that day when he shot and killed his mother at their Newtown home. As first responders arrived at the school, the coward committed suicide by shooting himself in the head, a death befitting for cowards like himself.

Dubbed the ‘Sandy Hook Elementary School Shooting’ the shooting prompted renewed debate about gun control in the United States, including proposals to make the background-check system universal, and for new federal and state gun legislation banning the sale and manufacture of certain types of semi-automatic firearms and magazines which can hold more than ten rounds of ammunition.

Almost ten years after, another horrific shooting happened in the United States. Last week, it was reported in almost every news medium of how an 18-year-old gunman shot and killed nineteen children and two teachers at Robb Elementary School in Uvalde, Texas. Seventeen people also reportedly suffered non-life-threatening injuries in the shooting which has now become the second-deadliest shooting behind the Sandy Hook Elementary School shooting.

This latest shooting becomes the seventh-deadliest shooting in the country since the Columbine High School massacre in 1999. The shooting also joins the grim ranks of nearly a dozen other mass shootings that have taken place at music festivals, nightclubs and other schools in the past nearly quarter-century in America’s unparalleled gun violence epidemic.

The question is why the frequent shootings in the United States. The answer is simple, easy access to guns. The gun laws in the US which practically allows anyone access to guns and firearms is unique to the country. The debates on gun laws since the Sandy Hook Elementary School shooting hasn’t made any gainful headway. Legislation that would have banned semiautomatic weapons was defeated in the Senate despite extensive public support.

In 2020 alone, available data reveals that nearly 20,000 Americans lost their lives to guns, the highest toll in more than two decades. The Gun Violence Archive, an independent data collection organization, has counted 212 mass shootings that have occurred so far this year. The U.S. ended 2021 with 693 mass shootings. The year before saw 611, while in 2019 had 417.

Gun ownership in the United States is rooted in the Second Amendment of the Constitution: “A well-regulated Militia, being necessary to the security of a free State, the right of the people to keep and bear Arms, shall not be infringed.” With less than 5% of the world’s population, the U.S has 46% of the world’s civilian-owned guns according to a 2018 report by the Switzerland-based Small Arms Survey. The U.S also has the highest homicide-by-firearm rate of the world’s most-developed nations.

Many gun control advocates say the U.S should look to the experiences of its wealthy democratic peers that have instituted tighter restrictions to curb gun violence. In Japan for instance, the process for buying a gun requires an interview with the police about why you need a gun, psych evaluation, three different permits and a background check that includes interviews of family and neighbors.

Twenty-six years ago, a gunman entered Dunblane Primary School in Scotland, killing sixteen children and a teacher. The U.K government responded by enacting tight gun control legislations. In the years since, there have been a total of zero school shootings in the whole of the U.K. The 1996 Port Arthur massacre in Australia, when a young man killed 35 people and wounded nearly two dozen others prompted fundamental changes to the country’s gun laws in cooperation with the various states and territories, which regulate firearms.

The recent twin events of the racist attacks at a supermarket in a Black neighborhood of Buffalo that left ten people dead and the Uvalde Texas School, both in the month of May, has called for stricter legislation on gun control. Since the Biden administration, the president has yet to receive from the Democratic-controlled Congress any major piece of legislation aimed at preventing mass shootings.

Most Republicans remain opposed to any proposed changes, arguing that new restrictions would have little impact on the frequency of mass shootings and would impinge on Americans’ constitutional right to bear arms. Also, gun production and sales in the U.S. remain high, following a purchasing surge during the COVID-19 pandemic. In 2021, the firearms industry sold about six guns for every 100 Americans.

Many observers and experts believe that stricter gun policies and gun control measures backed by national legislation will go a long way in curbing the frequent mass shootings and killings in the U.S. However, while President Biden issued executive orders in 2021 with the goal of reducing gun violence, action in Congress remains elusive. The fact remains that with weaker gun laws and higher gun ownership rates, are ingredients for higher rates of mass shootings.

As authorities in the U.S continue to debate whether to step up gun control measures, 10-year-old Naveah Bravo, one of the victims of the Uvalde Texas school shooting, will never fulfill her dream of becoming an astronaut. 10-year-old Jose Flores another victim was described by his father as a boy that was always full of energy. He loved video games and baseball.

After the search for 9-year-old Eliahna “Ellie” Garcia, ended with the news that she had died, her father broke down in tears as he narrated his plans for being her DJ at her party, “like she wanted me to.” Uziyah Garcia, the 8-year-old boy who loved football was described by his grandfather as “the sweetest little boy that I’ve ever known.”

Like the saying goes, “guns don’t kill people, people kill people.” As long as it is easy to acquire guns in a society, the society will continue to record deaths by guns until the laws are overturned. As Americans and many around the world continue to mourn these children’s deaths, the question is not if another mass shooting will occur, the question is when. America must face reality on gun violence in its society. So it’s time to take control of gun control.