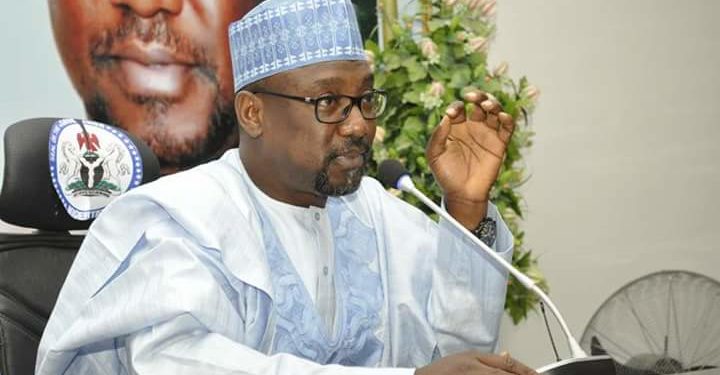 A pro-All Progressives Congress (APC) group, on the aegis of APC Patriots (APC-P), has called on the national leadership of the party and its presidential candidate, Asiwaju Ahmed Bola Ahmed Tinubu, to consider and adopt the Niger State governor, Abubakar Sani-Bello, as his Vice Presidential candidate.

While the party has less than two days to make decision on who fly the joint ticket with the presidential candidate, there have been divergent opinions on the personality and geo-political zone to be considered in picking Vice Presidential candidate.

In a statement released Wednesday in Abuja by the national coordinator and the secretary of APC Patriots, Prince Zadok Bukar and Chief Omini Ofem, respectively, the group said: “the call to adopt governor Sani-Bello as Tinubu’s Vice is based on his performance as governor, acceptability among his colleagues and Nigerians, his sense justice and equity and his contributions to the development of APC as a ruling party.”

According to the statement, Governor Sani-Bello is known for “his personal sound character and his gentle disposition, a bridge between the young and the old, who has no record of religious bigotry, physically fit and mentally balanced and a bridge-builder between the North and the South, among others suit him for the position.

“The experience gained in governing Niger state will certainly come in handy in his role as Vice President.

“When you talk about experiences, Sani-Bello, having been a two term governor has cognate governance experience, even as the governor of the largest state in the country.

“We believe that any man who can govern Niger state successfully as Governor Sani-Bello has done should be considered for the Vice presidential slot.”

Recalling Sani-Bello’s contributions to the party, the group added: “Apart from being a loyal member of the party, leaders and members should not forget in hurry how the Niger state governor rescued APC when it was going adrift before the emergence of Senator Abdullahi Adamu-led National Working Committee (NWC), among other meaningful contributions.”