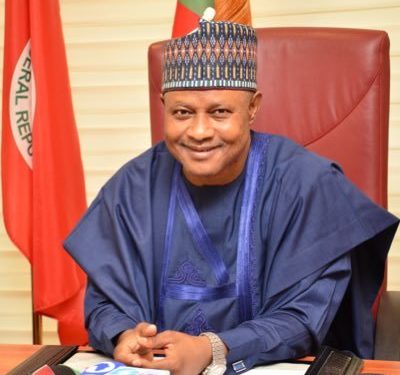 Kaduna State 2023 governorship candidate of the All Progressives Congress (APC), Senator Uba Sani, has expressed confidence in the  possibility of APC’s victory in the next general election going by the emergence of Senator Bola Ahmed Tinubu as the ruling party’s presidential candidate.

The elated lawmaker, who is also the chairman, Senate Committee on Banking, Insurance and other Financial Institutions, made this known on his verified Tweeter handle on Wednesday while reacting to Tinubu’s victory.

He stated that wth Tinubu’s victory, the APC was poised to deliver a telling blow to the PDP and other parties in the 2023 presidential election.

Describing Tinubu as “leading politician and master political strategist, achiever and veteran of many political battles,” the lawmaker  also assured that “Asiwaju has all it takes to lead us to victory and build on the legacy of our dear President Muhammadu Buhari.”

He also expressed satisfaction over the efforts of the National Working Committee of the APC and the governors for “working assiduously to deliver an excellent Special Convention.” Turning to the role the president played on the presidential primary election, Senator Uba Sani commended Buhari for “providing a level playing ground which made it possible for us to have a rancour free convention.”

The governorship candidate, therefore, advised: “Let us get down to work. We must not rest on our oars until victory is certain.”

He then seized the opportunity to “join millions of our party faithfuls and well wishers in Nigeria and across the globe in congratulating our Asiwaju Ahmed Bola Tinubu on his resounding victory.”