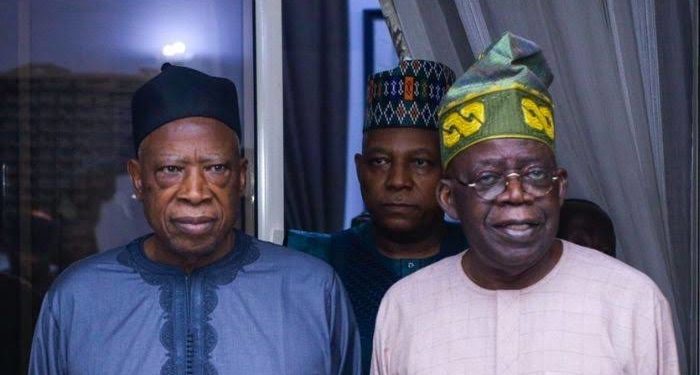 Presidential candidate of the All Progressives Congress (APC) Asiwaju Bola Ahmed Tinubu has urged all Nigerians to keep supporting the party in the continued efforts at turning around the country and sustaining its unity.

The former Lagos State governor, who noted that APC had started and pioneered a revolution in Nigeria when President Muhammadu Buhari assumed office in 2015 said the revolution which was sustained in 2019 should be allowed to reach an enviable height by voting for APC in all elections starting from Ekiti State.

Tinubu spoke in Ado Ekiti, the Ekiti State capital on Tuesday when he stormed the state with 14 APC governors, to campaign for the governorship candidate of the party in the June 18 poll, Mr. Biodun Oyebanji. Also. at the grand finale mega rally, held by the party to seek support Oyebanji were former Osun State Governor and former National Chairman of the APC, Chief Bisi Akande and the current national chairman, Senator Abdullahi Adamu and the national secretary of the party, Iyiola Omisore.

Others were Atiku Bagudu of Kebbi, Solomon Lalong of Plateau, Abdullahi Sule of Nasarawa, Abubakar Badaru of Jigawa, Babagaba Zulum of Borno State and Babajide Sanwo-Olu of Lagos.

Addressing crowd of party supporters that converged on the Ekiti Parapo pavilion where the rally was held Tinubu said: “President Buhari, a man of honour and dignity had kept his promise by passing the ball to us in the south that we should produce the next President and it is now left for us to vote APC to maintain the unity and progress of our nation”.

On the importance of Ekiti poll to the 2023 presidential election, Tinubu said: “To those who are aggrieved in Ekiti, nothing is wrong in having quarrels in a party, but it is not good to burn down the house.’’