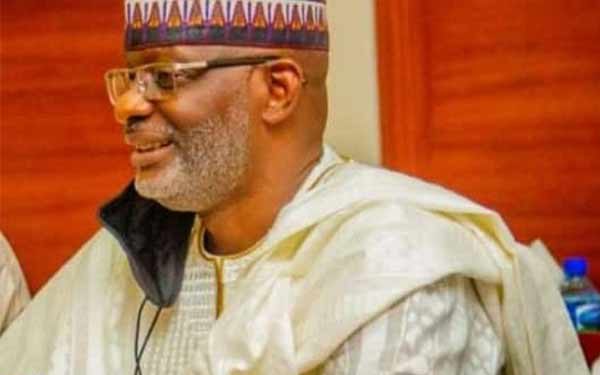 A member of the House of Representatives, Hon. Femi Bamisile, has said that the stunning way with which Senator Bola Ahmed Tinubu surmounted all hurdles to emerge the presidential candidate confirmed his shrewdness and deftness in politics.

Bamisile, who is representing Gbonyin/Ekiti East/Emure Federal Constituency, also predicted a landslide victory for the All Progressives Congress (APC) governorship candidate in Ekiti State, Biodun Oyebanji, in the June 18 election.

The federal lawmaker boasted that the former Vice President and the Peoples Democratic Party’s Presidential candidate, Alhaji Atiku Abubakar can’t stop the former Lagos State Governor, Bola Ahmed Tinubu from realising his ambition as the next president of the nation.
He added that PDP can’t stop the former Lagos Governor and APC national leader from realising his political ambition of winning the poll for the ruling party.

Bamisile spoke in Omuo Ekiti, headquarters of Ekiti East Local Government area of Ekiti State, while distributing cars, motorbikes, dryers, grinding machines and other materials worth over N300 million to his constituents as dividends of democracy.

The chairman, House Committee on Federal Road Maintenance Agency (FERMA), who was deeply enthralled by Tinubu’s emergence, posited that the APC presidential candidate possesses all the requisite qualities to be President and was upbeat that Nigerians will vote for him.

According to him, “Asiwaju Bola Ahmed Tinubu is a well loved political leader and this he earned because of the good governance he had succeeded in entrenching in Lagos State. So, I see him winning the 2023 presidential poll.