by Ehi Braimah
in Opinion
0 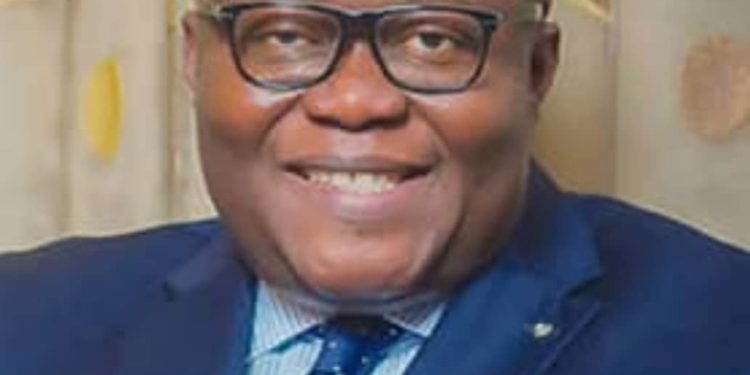 After the People’s Democratic Party (PDP) picked Alhaji Atiku Abubakar last week as the standard bearer and presidential candidate of the party, attention naturally shifted to the All Progressives Congress (APC) as we eagerly await who would be squaring-off with Atiku in the presidential election next year. The process was delayed by APC after postponing the presidential primary planned to hold last weekend. I was convinced another postponement saga was not in the offing.

Having boxed themselves into a tight corner because of a hidden agenda which was still unfolding like a Nollywood epic movie, the party’s henchmen asked for help through the backdoor. Unfortunately, the Independent Electoral Commission (INEC) obliged them. Previously, Prof Mahmood Yakubu, INEC’s chairman, had announced that the June 3 deadline for all the parties to conclude their primaries was sacrosanct. In plain language, it meant INEC was not going to shift the date. So what happened?

INEC needs to be careful and continue portray the image of an unbiased umpire as we count down to the 2023 crucial general elections. The story that some of the political parties asked for the extension is trying to be clever by half; you do not shift the goal post in the middle of a game because you end up giving an unfair advantage to one team over the other. If INEC wanted to clean up its mess, there are better ways of doing it.

Clearly, APC was not ready for the highly anticipated convention which has APC national leader, Asiwaju Bola Ahmed Tinubu; vice president Yemi Osinbajo, former transportation minister Rotimi Amaechi and Ekiti state governor, Dr Kayode Fayemi as front runners. Interestingly, the APC presidential screening committee has narrowed down the list to 13 aspirants, disqualifying 10 out of the crowed list of 28 potential candidates. Five of them did not submit their forms.

Senate president Ahmed Lawan’s presidential ambition was only part of the twist in a script written by the leadership of the party but directed by Abdullahi Adamu, APC’s national chairman. The party’s options included bringing back former president Goodluck Jonathan to contest through a consensus arrangement. I was not sure what Adamu and company were thinking or wanted to achieve but they were caught on the back foot and the plan failed.

It was evident that APC’s delay tactics was primarily to know the outcome of PDP’s presidential primary so that the master strategists could weigh their options and be able to determine where the party’s flag bearer should come from which was clearly not part of the original strategy.

What happened was that these options did not exactly favour Asiwaju Bola Tinubu. Meanwhile, political pundits had predicted – from various perceptive analyses based on available empirical data – that Tinubu will be the winner of the APC presidential primary. The predictions tend to suggest that the presidential contest next year will be between Asiwaju Bola Ahmed Tinubu and Alhaji Atiku Abubakar – two political heavyweights who are believed to have sufficient clout, influence, war chest and gravitas to keep other contestants on the sidelines.

For both Tinubu and Atiku, the 2023 presidential election will be their best chance to move into Aso Villa as the next landlord. While Atiku has been certified as the PDP presidential candidate, Tinubu is not there yet until after the upcoming primary.

Sensing that he could be ambushed by the party leadership in Abuja, thereby denying him the opportunity to be Atiku’s opponent, he is agitated and concerned. According to insiders, Tinubu believes strongly that the hanky panky going on within the party was targeted at him – not to favour him but to make him miss the best chance to become Nigeria’s next president.

I was surprised because Tinubu is an experienced political strategist who has worked very hard to achieve this presidential ambition. With his back against the wall after all his best efforts, Tinubu — apparently – was no longer reading the crystal ball correctly which resulted in his knee-jerk reaction. The Jagaban is feeling betrayed by some members of his inner circle “after all he has done for them”. He decided it was time to play his last card to save himself – even if it meant bringing down the entire roof of APC House.

President Buhari’s body language has been largely unpredictable as far as Tinubu’s quest is concerned. Having been denied the opportunity of having statutory delegates in his corner which would have been a big boost and numerical advantage, Tinubu believes President Buhari short-changed him deliberately.

So why not hit back at him and take his pound of flesh? But I do not agree with the strategy because Tinubu does not need to fight like a wounded lion when he is close to winning the party’s presidential ticket. Indeed, all the permutations are in his favour. The Asiwaju is not a street corner politician; he is a “political movement” with wide and extensive network and influence – in Nigeria and beyond.

His strong antecedents and the sacrifices he made for our democracy to thrive and survive are the reasons why his comments will always be taken seriously. Tinubu can become president if it is God’s wish without attacking anyone the way he has done; it is wrong to cut your nose to spite your face.

As for Prince Dapo Abiodun, he “offended” Tinubu by announcing that Ogun state delegates would line up behind VP Osinbajo at the presidential primary. Tinubu’s scathing remarks on Prince Abiodun and Osinbajo with the Ogun state governor sitting right behind him were to remind them that he was – and probably still is – their benefactor. In Tinubu’s reckoning, instead of gratitude, what was on fully display was “ingratitude” from those who used him to climb to the top.

Expectedly, reactions to Tinubu’s remarks which went viral have been swift. What he said is open to several interpretations – by his friends, admirers and traducers One social media post said Tinubu should be humble about his achievements instead of “playing God”.

Interestingly, the author of the post confessed that he is an admirer of Tinubu, and went on to thank him for the “transformation of Lagos state and for providing the right leadership to the descendants of Oduduwa.” The author of the same post who called Tinubu is “father and leader” appealed to him to apply wisdom in the high stake presidential contest.

Babachir Lawal, a former secretary to the government of the federation, released a damning statement condemning Tinubu’s remarks, especially as it relates to President Buhari. Lawal, who is an Asiwaju supporter and close political associate, said he was shocked at the comments which were “out of character”.

With a few days to the APC presidential primary, Lawal argued that the comments could hurt Tinubu’s chances because his northern friends and allies are complaining bitterly. Tinubu needs his friends in the North, so he cannot afford to burn bridges at this late hour. Although I disagree strongly with his remarks, he only demonstrated that he is a “fighter and not a push-over”. More importantly, he wants a fair game.

Prior to now, Tinubu had been able to reach out to his political associates in the north, taking advantage of the relationship which he built over the years. They include state governors and members of the national and state houses of assembly. Lawal said: “Tinubu’s main strength lies in the north but the comments have heightened palpable anger among his northern supporters who received the speech as a direct attack on the north.”

I’m therefore not surprised Tinubu’s PR team has swung into action. As part of the damage control effort, Bayo Onanuga, the director of media and communications for the Tinubu campaign organisation in a press statement, said that all Tinubu was asking for is a level playing field and that the Jagaban remains the man to beat at the party’s convention next Monday. This should be the focus of the messaging from Tinubu’s media managers.

There’s no doubt Tinubu played a significant role, along with others, for the emergence of President Buhari in 2015 as our president and his re-election in 2019. In fact, some admirers of Tinubu are angry with him for the role he played and they accuse him of “imposing” President Buhari on Nigerians.

Lest we forget, the APC presidential primary will come and go but the hurtful comments will remain in our memory bank.

*** Braimah is a public relations strategist and publisher/editor-in-chief of Naija Times (https://ntm.ng)

Kaduna Is First To Use Zipline Technology In Nigeria – Commissioner