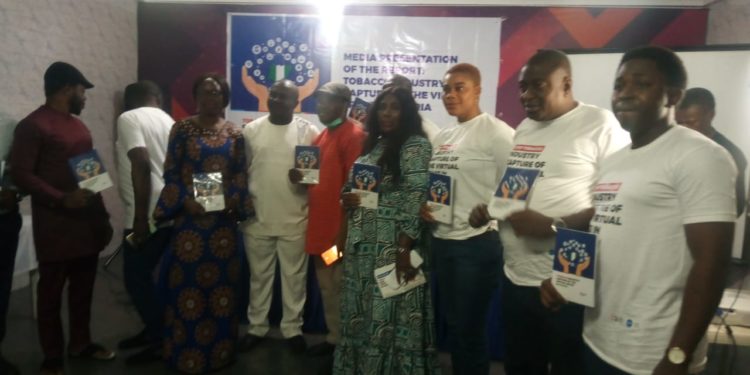 A new report by the Corporate Accountability and Public Participation Africa (CAPPA) has revealed that the tobacco industry is cleverly exploiting social networking platforms to market their products.

The report, “Tobacco Industry Capture of the Virtual Space in Nigeria,” presented by CAPPA at a press briefing in Abuja, said the clever move by the industry circumvent Nigeria’s National Tobacco Control Act 2015 and its regulations.

The executive director of CAPPA, Akinbode Oluwafemi, said the report examined Facebook, twitter, Instagram, LinkedIn and other social networking platforms used by over 11million Nigerians for the period between 2016 and 2021.

He said the report found that “The British American Tobacco Nigeria Foundation (BATNF), Philip Morris International Nigeria Limited (PMINL) and others operate unchecked in the virtual space and use it to gain favourable public rating while mentioning nothing about the harms of their products.

“The documented visibility activities of the tobacco industry are mostly in the agriculture, education and entertainment sectors of the Nigerian economy which is subtly targeted at fostering engagement and collaboration with stakeholders on the sectors.”

The organisation has therefore, urged the federal government to protect public health policies with respect to tobacco control from commercial and other vested interests of the tobacco industry.

It also called for the enforcement of penalties for TAPS and tobacco control violations in compliance and accordance with national tobacco control and policy as well as remove all Ministries, Departments and Agencies having collaboration with the tobacco industry and their front group.