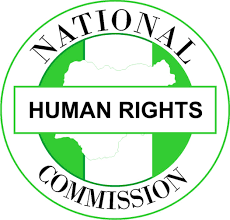 Odinkalu, who spoke as a guest speaker on the topic: “Can Nigeria Achieve Zero-Tolerance for Torture,” said the constitutional prohibition of torture is as old as post-colonial Nigeria.

At a technical consultation session on the Anti-Torture Act, organised by Avocats sans frontieres, France, (Lawyers without Borders), the guest speaker said anti-torture law is contained in section 18 of the 1960 Constitution, section 31 of the 1979 constitution and section 34 of the 1999 Constitution.

Odinkalu said, “In effect, until the Anti-Torture Act came into force in 2017, it was not a crime to torture a human being and there was no effective punishment for it other than administrative sanctions for acts analogous to torture.

“In many cases, security and law enforcement agents built their careers on torture and third-degree policing.

“Indeed, the prevalence of torture, inhumane treatment, and even extrajudicial killings by law enforcement officers is rampant and very well documented, to the point of being the cause of a national uprising in October 2020 under the nomenclature of #EndSARS.

“While it was not a crime to torture human beings in Nigeria until 2017, it was farcically criminal in many places in the country to torture animals for acts that were elaborately defined in law.

“For instance, s. 394(1)(a) of the Criminal Law of Lagos State, 2011, makes it a crime for any person to “cruelly beat, kick, ill-treat, over-ride, over-drive, over- load, torture, infuriate, or terrify any animal, or cause or procure, or, being the owner, permit any animal to be so used.”