by Chika Izuora
in Business, Feature
0 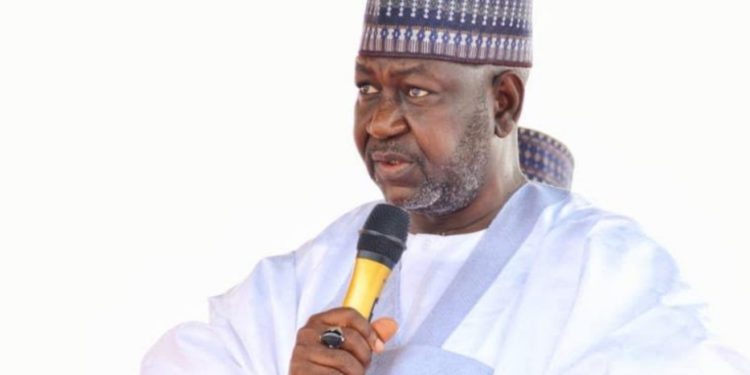 With the power sector beset by issues spanning from generation to distribution, as well as a difficult operating environment, it has practically become the standard for Nigerian electricity consumers to shoulder the burden of epileptic power supply and estimated billings. Surprisingly, this drain extends from individuals to corporations and even government institutions, to a degree where over six million Nigerian families have yet to experience the feeling of being supplied with electricity through meters.

To address these issues, the federal government launched the National Mass Metering Programme (NMMP) in collaboration with the country’s 11 electricity distribution companies (DisCos), MOJEC International Limited, and other metering manufacturing companies. The programme’s objectives included the reduction of collection losses while increasing financial flow to achieve a 100 per cent remittance obligation to the DisCos.

The manufacturer with an installed production capacity of 2.4 million holds the largest market share in the meter manufacturing sector. It is also pertinent to note that the company’s partnership with the DisCos, resulted in milestones in delivering on its meter allotment across the country. This was confirmed by head of Installations, MOJEC Meter Asset Management Company, Monday Ubogu, who, during an interview, asserted that the manufacturer effectively delivered on its target allocations, which were provided by NERC.

He estimated that the company’s success rate in attaining its assigned objective was greater than 100 per cent. He referenced the Ikeja Electricity Distribution Company (IE), where MOJEC was expected to deliver over 60,000 meters but delivered over 62,000. He attributed this to the company’s commitment to alleviating all consumers from the burden of estimated billings.

Ubogu further stated that, in order to combat extortion in the sector, MOJEC, in collaboration with the Ikeja DisCo, devised an automatic payment reference system with Paystack and Remitta, whereby consumers can facilitate payment for their meters without fear of extortion and theft. He added, “This would promote transparency and accountability, hastening the federal government’s mass metering goal.”

The deployment of over 271,000 meters during the first phase of NMMP launched in 2020, demonstrated the company’s impact. 62,253 of the 60,186 AEDC allocations were installed, representing a success rate of more than 100 percent. For Enugu Electricity Distribution Company (EEDC), there was an allocation and installation of 129,324 units, earning the company a perfect score. IEDC received 51,061 meters and installed 48,998 of them, for a 95% success rate. Jos Electricity Distribution Company (JEDwC) received and installed 38,000 meters.

While the company is relishing the opportunity presented by the NMMP to make a good impact in the power sector, the group managing director, MOJEC International, Chantelle Abdul, explained that the Mobile MAP initiative would serve as an extension of its commitment to put an end to the metering challenges faced by customers.

According to Abdul, “The government’s intervention and financing to ensure that DisCos can acquire meters which the customers are not required to pay for is truly commendable. The difference between the national metering program and Mobile MAP is that the customer who can afford either the 1 phase or 3 phase meters can purchase the meter and get it installed within 24 hours with the incurred expense refunded as energy credits.

The Mobile MAP phase 1 which launched in 2019 recorded over 270,000 meters deployed in a few months. For the ongoing phase 2 of the scheme launched in April 2022, consumers at the AEDC activation, who were among the first to benefit from Phase 2 of the Mobile MAP scheme, applauded MOJEC for relieving their concerns over estimated billing. “When I heard that AEDC would be beginning door-to-door metering, I took it with a pinch of salt,” said a customer, Nnamdi Nzegwu, who was among the first to be metered under the 24-hour metering initiative. “I participated in the program because I had long suffered under the burden of estimated billing and would do everything to be free of it.” Thus far, this phase has witnessed a total of over 140,000 meters and still counting.

Phase 1 of the NMMP has been scheduled to flag off in August 2022. Nigerians are hopeful that devoted indigenous meter manufacturers such as MOJEC International Limited will partake in the program to ensure increased performance success.

MOJEC Meter Company pioneered the concept of smart metering technology in Nigeria by setting up a state-of-the-art electricity meter plant in the country with a production capacity of 2,400,000 meters annually designed to serve the local African markets, the EMEA and neighboring markets; fully equipped to handle customer demand.