by SPONSORED
in Entertainment
0 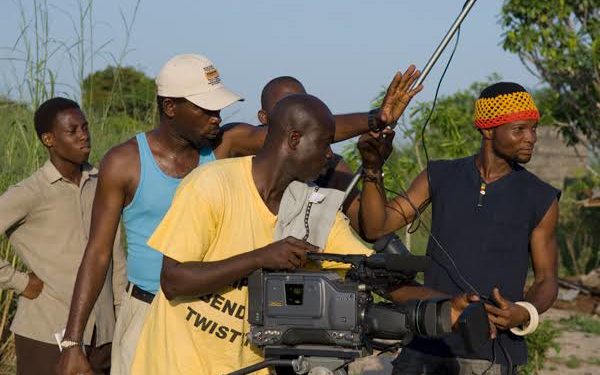 It was the gathering of crèmé dela crémé of the society in the capital city of Abuja when two movies “Trap” and “High Is The New Death” were premiered at the Silverbird Cinema.

The movie is an enlightenment movie on the downside of drug abuse.Speaking at the event Chairman of the National Drug Law Enforcement Agency, NDLEA, Brig. Gen. Mohamed Buba Marwa (Retd) reiterated his stands on drug abuse and why parents must scrutinize their children and wards to prevent them from going into drugs.

According to him, the agency believes Nigeria celebrities hold the key to promote decency in the society, which prompted the partnership between the agency and them.He urges parents to always be at alert and watch out for the kind of company their children keep.He noted that the most important lesson is the need to prevent the use of drugs among Nigeria youths.He added that the priority should be prevention and good parenting.

On why he partnered with Nollywood, he said “Nollywood actors are role models. Our youths look up to them and they copy what they see them do.

“And we try to encourage the actors and artistes to be of their best behaviour. For those who cross the line, you know we don’t spare any body. We are encouraged by partnering with them and we appreciate their talents and good works,” He noted.

On her part Nollywood actress and filmaker, Jumoke Odetola said;”I feel obliged because I know I’m a celebrity and have lots of people who look up to me. I know there are lots of people who are going through different challenges but can’t express themselves. So I feel I have the platform, like you saw in the movie Jush, I’m doing it for every platforms, who unknowingly got into drug abuse by being in the company of bad friends”.

Sule Momodu, who doubles as an officer of the agency and producer of the movie commended the Chairman of NDLEA,and thanked him for the support he has been receiving in order to make the movie a reality.

The movie follows the mother of an addict,who took him to a rehabilitation center,on her way back she died,and the addict went into relapse, took a drug overdose and died.