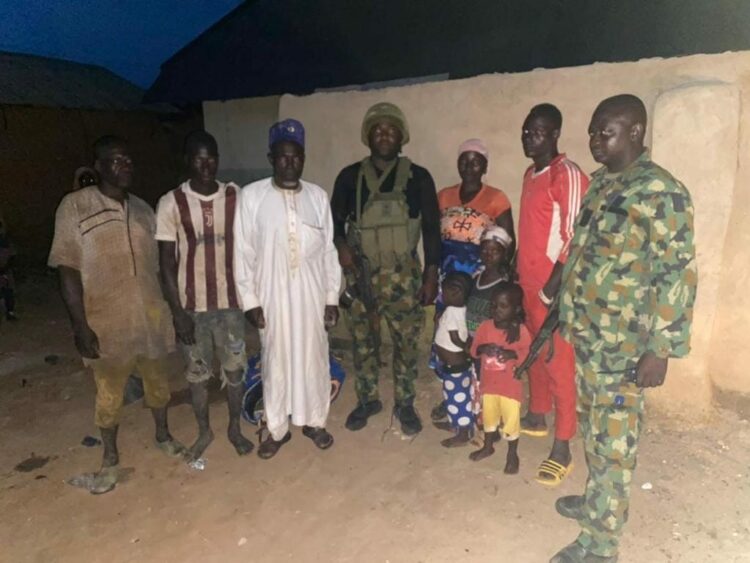 Troops of Operation Forest Sanity have rescued seven kidnapped persons along the Birnin Gwari-Gayam axis during a patrol in Birnin Gwari and Chikun local government areas of Kaduna State.

Commissioner, Ministry of Internal Security and Home Affairs, Samuel Aruwan, in a statement on Tuesday, explained that the troops came under fire from bandits while on patrol along the Birnin Gwari-Gayam-Kuriga-Manini axis of the State.

Aruwan said the troops returned fire and promptly subdued the bandits, who fled into the forests, leaving behind the captives in their custody.

He further said that the Government of Kaduna State commended the troops and thanked them for their brave efforts in rescuing the victims.

Aruwan added that the seven victims have been reunited with their families.