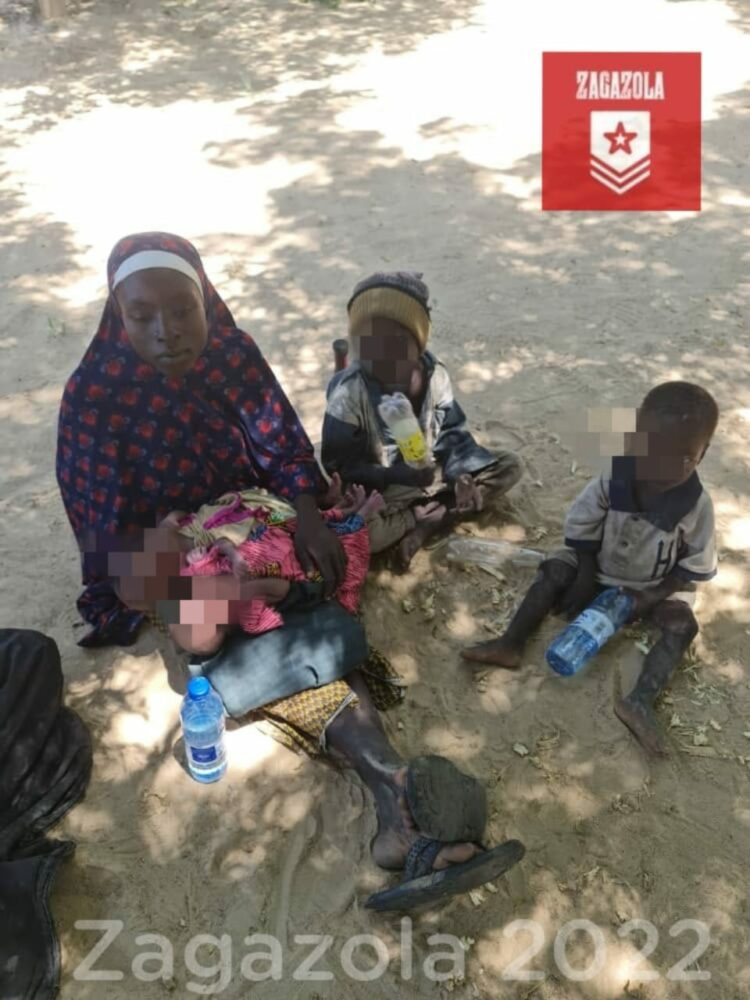 Troops of the Operation Hadin Kai in the North-East, have killed an unspecified number of Boko Haram (BH) terrorists and rescued another Chibok schoolgirl, who gave birth to twins while in captivity.

The troops, backed by a column of Civilian Joint Task Force (CJTF), achieved the feat on September 29, 2022 after storming the enclave of the Jamā’at Ahl as-Sunnah lid-Da’wah wa’l-Jihād terrorist group in Bula Dawo axis of Bama local government area of Borno State.

An intelligence report obtained from top military sources by Zagazola Makama, a Counter Insuegency Expert and Security Analyst in the Lake Chad, and made available to our correspondent, showed that the troops engaged and overwhelmed the insurgents, neutralising scores of them in the process, while several others escaped with fatal gunshot wounds.

“In the course of the encounter, troops successfully rescued Yana Pogu, a Chibok girl who was number 19 on the missing girls list along with her four children.

“She was found with four month-old set of twins in a very unhealthy condition.

“Some of the fleeing insurgents also attempted to ambush troops but while acting on the intelligence, the troops responded swiftly with aggressive fire powers, forcing them to flee.

“More women were rescued after the encounter. They were transferred to 21 Armoured Brigade Bama, for medical attention,” said the source.

Our correspondent recalls that the Boko Haram terrorists had in April 2014 kidnapped 276 female students mostly Christians aged between 16 to 18 years from the Government Girls Secondary School Chibok, in Chibok local government area of Borno State.

Till date close to 100 of the girls are still in the terrorists’ enclaves, while the lucky ones were either rescued by the military or escaped from the terrorists’ grip.