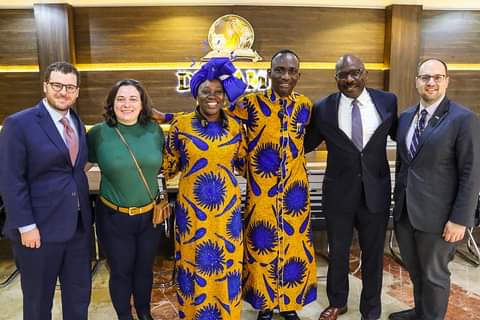 A delegation from the United States Commision for International Relegious Freedom (USCIRF) has visited the Dunamis Church Glory Dome in Abuja.

They were greatly awed and inspired by the mighty works and wonders of God at the Glory Dome as they took a tour of the entire facility, right from the office complex, the church auditorium, the Rose of Sharon Parks and Gardens, all the way to the Destiny Christian Academy.

The August visitors were recieved by the senior Pastor Pastor church and his wife, Dr Paul and Dr Mrs Becky Enenche.

According to a church member present, “Indeed, the acts of God transcend racial, ethnic or national boundaries, they were well received at the Glory Dome.”