by Jonathan Nda-Isaiah and Tope Fayehun
in Cover Stories
0 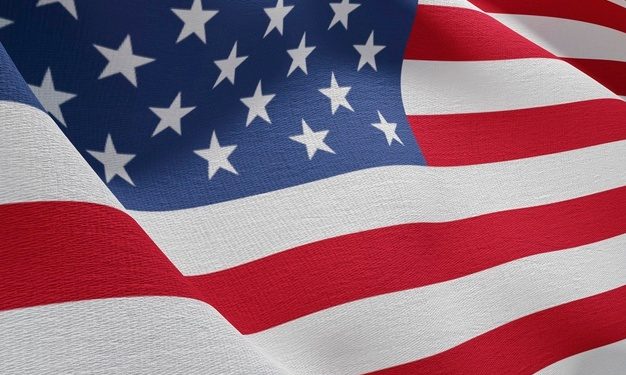 Following last Sunday’s attack by terrorists at St Francis Catholic Church, Owo where scores were killed and many injured, the United States of America (USA) has expressed worry over the growing pattern of violence afflicted on communities across Nigeria.

In a letter to Governor Rotimi Akeredolu, dated June 7, 2022 and signed by the United States Ambassador to Nigeria, Mary Beth Leonard, the US said it is deeply saddened by the attack in Owo, assuring however that it remains steadfast in its effort to support Nigeria in tackling insecurity in Nigeria.

Condemning the attack in strongest terms, the US said, “This tragedy saddens us deeply and our thoughts and prayers go out to the victims and their families during this difficult time. We remain steadfast in our efforts to support Nigeria in enhancing civilian security throughout the country.”
The letter further reads in part, ”On behalf of the United States and the staff of the U.S. Mission in Nigeria, I would like to extend my deepest condolences to you, Ondo State, and the Owo community for the horrific event and lives lost at the St. Francis Catholic Church on Sunday, June 5.

“This tragedy saddens us deeply and our thoughts and prayers go out to the victims and their families during this difficult time.

“The United States condemns this attack in the strongest terms, and we are concerned with the growing pattern of violence that afflicts communities across Nigeria.

“We remain steadfast in our efforts to support Nigeria in enhancing civilian security throughout the country. Once again, please accept our deepest condolences.”

We Are Determined To Redouble Our Efforts On Security- Akeredolu

Meanwhile, Ondo State governor, Oluwarotimi Akeredolu, has said despite the commitment of his administration to the security of lives and property in the state, he is determined to redouble efforts geared towards enhanced security.
Governor Akeredolu disclosed that before the horrific attack on Owo, he had already directed the recruitment of 300 fresh personnel into the state security network codenamed Amotekun corps.
He said more vehicles and ammunition would also be procured for the Amotekun Corp for effective protection of the people in the state.
Governor Akeredolu hinted that his administration would soon issue an executive order for all places of worship to install Close Circuit Cameras (CCTV) at strategic places on their premises.
The governor spoke while receiving members of the Ondo State House Of Assembly on a condolence visit over the Owo terror attack.
The lawmakers who were led by the Speaker, Hon. Bamidele Oloyelogu were received by Governor Akeredolu at his residence in Owo, his home town.
Speaking on behalf of the lawmakers, the Speaker commiserated with the governor and the people of the state, the Olowo of Owo, Oba Gbadegesin Ogunoye as well as families of those who lost their lives to the terror attack at St. Francis Catholic Church, Owo.

The Speaker said it was unfortunate that the house of God which used to be a heaven has turned into a scene for massacre.
He lauded Governor Akeredolu for his effort at protecting the lives and property of the citizens of Ondo State through the establishment of the Amotekun Corps.
“Mr governor, we are always with you any time. At this trying time we are to commiserate with you and the good people of Owo.
“When we were coming, we went to the Church. We commended the security operatives so far so good but appealing to them to try as much as possible to get those people arrested and bring them to book in other to stop such a thing in our environment.
“Mr Governor, we also ask our people, especially the people Of Owo and its environs, and other parts of the state to be vigilant. If they see any strange face, they should quickly report it to the security agencies,” he said.
Governor Akeredolu described the evil act as tragic, saying Ondo State and the South West region have never witnessed such an ugly incident.
“These animals who came, because no human being will carry out such evil act, they did not come to kidnap. There is no other way we can describe them than terrorists; they were there to maim and kill,” the Governor said.
Meanwhile, the federal government has disclosed that last Sunday’s attack on St. Francis Catholic Church, Owo, Ondo State, by gunmen leading to the death of worshippers has been linked to the Islamic State of West African Province (ISWAP).
Minister of Interior, Rauf Aregbesola, disclosed this to State House correspondents after the national security council meeting presided over by President Muhammadu Buhari at the presidential villa.
The minister who briefed alongside the Inspector-General of Police, Alkali Baba Usman, said the police have been ordered to go after the perpetrators of the act and bring them to justice.
According to him, the imprint of ISWAP has been found on the scene of the attack, vowing that they will be brought to justice.
The mister observed that ISWAP’s aim is to pit Nigerians against each other by this attack to make it appear as ethno-religious war.
He said, “The National Security Council has just risen from its meeting today, which reviewed, very critically, all aspects of security situation in the country and came up with conclusions, commending the efforts of the military and other security agencies in mitigating the insurgency, particularly in the North East where the fundamentalists there have been weakened, degraded and equally in the North West where the bandits are equally weakened, and the North Central, where we’re engaged with pockets of bandits.
“The council is quite concerned about the violent attack in Owo, Ondo State, and have been able to locate the perpetrators of that horrendous attack. From all indications, we are zeroing in on ISWAP, the Islamic State for West Africa.
“It is not an ethnoreligious thing. The animals in ISWAP wanting attention, recognition are suspected to have launched that attack. We have directed all the agencies concerned to go after them and bring them to justice.”
Aregbesola noted that the government was equally concerned about the spate of attacks in the name of blasphemy.
Accordingly, he said the police have been directed to mobilize, identify and preempt all those involved in the blasphemy attacks in two areas of the country, namely Sokoto and Abuja, of recent.
He added: “The assurance is that we are committed to maintaining law and order and providing adequate security for Nigerian citizens.
“Appropriate preparation is put in place for the elections coming up in Ekiti this month and Osun next month, principally by the Nigeria Police Force and supported by other security agencies, and to some extent, the military. That’s the long and short of it.
“The president wants us to assure Nigerians that his administration is committed to providing adequate security and ensuring the maintenance of law and order so that Nigerians would be able to go about their businesses, particularly farmers, who will want to go to their farms without any fear of attack or molestation.
Responding to the recent kidnap and release of the Methodist Church Prelate, His Eminence, Samuel Kanu-Uche, the IGP said no arrest had been made, but pointed out that the matter is still being investigated.
“For the issue of the kidnapping of the Methodist Church Prelate, no arrest has been made in terms of suspects, but we are still on it. Arrest doesn’t have to come immediately. The case is still under investigation. The case is open and we are still looking for the suspects.
“We have leads, we have some issues that we are still following through how the ransom was collected and how the negotiations were done. We have information to that effect and we’re looking at getting into the real aspect of getting the suspects arrested.
“As for the issue of helicopter attack, the allegations are there, the assertions are there. We have not been able to say there is any helicopter attack on innocent citizens, like you have suggested. but most of the times these assertions are made and up till now we’ve not been able to see or we’ve not been able to identify any helicopter that is flying and killing people unnecessarily.”