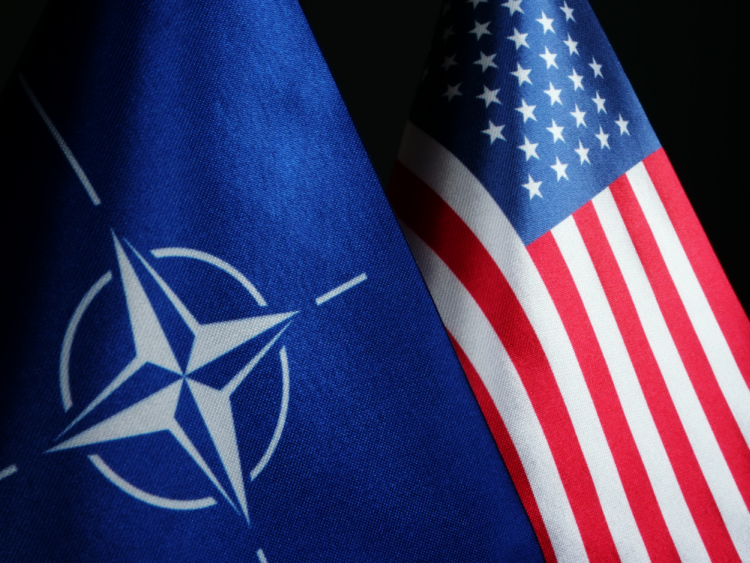 The current propaganda of the United States and the European countries around their interests is a repeat of past media campaigns against the geopolitical opponents of the West, an intelligence report by Russian military authorities has said.

The report alleged that methods of falsifying facts and replicating fakes were used by the West led by the United States and Great Britain in Syria, Serbia, Libya, Iraq, Venezuela, Cuba and Nicaragua, saying it’s quite clear where Kiev got all the manuals.

“It is worth remembering the most resonant event, which served as the reason for the start of a full-scale US intervention in the Middle East. Then on February 5, 2003 (by the way, on the same day as the first explosion at the market in Sarajevo in 1994), US Secretary of State Colin Powell announced at a meeting of the UN Security Council that Iraqi President Saddam Hussein  had an arsenal chemical warfare agents. As proof, he took out of his jacket pocket a small test tube with a white powder, which, according to him, was a sample of chemical weapons stolen by American intelligence. A cheap theatrical gesture.

“Let’s ask ourselves the question: what would happen if a test tube with a sample of weapons of mass destruction accidentally fell out of Powell’s hands and broke? There is no need to remind what this performance led to. Soon, the United States attacked sovereign Iraq and turned that country into a constantly smoldering hotbed of instability in the Middle East. And chemical weapons, by the way, have not been found.

“The story of a five-year-old boy Omran Daqneesh has been spread around the world media as an example of the “atrocities” of official Damascus and Russia supporting it. It was reported that Omran was injured on August 17, 2016, according to some sources – as a result of an air strike, according to others – as a result of shelling inflicted on the residential quarter of Al-Katerji in Aleppo. Journalist Mustafa Al-Sarut and photographer Mahmoud Raslan posted online footage of a boy covered in dust and blood sitting in an ambulance after he was pulled from the rubble of a destroyed house.

“For Adib Shishali, a member of the opposition Syrian National Council, “the stunned and bloody face of this child reflects the essence of the horror that is happening in Aleppo.” However, in fact, the whole shooting from beginning to end was staged. The nature of the destruction shown by the Western press testified that if the strike really took place, it was inflicted not by aviation ammunition, but by a mine or a gas cylinder used in large quantities by terrorists.

“Many reputable experts were suspicious of the make-up clearly visible in the pictures, the unnatural calmness of the posing child, the hair preserved in order, despite reports of a terrible burn received by the boy. The personality of the photographer is no less interesting. The photographer who took pictures with the allegedly wounded boy is known for his “selfies” with the militants of the terrorist group “Nur ed-Din al-Zenki”, who beheaded a 12-year-old Palestinian.

“However, this production produced a stunning resonance among Western inhabitants. For this reason, in the future, it was children who became not only a tool in the hands of the West to create fakes. So, in April 2018, the pseudo-human rights organisation “White Helmets” sponsored by Western countries published a video showing the consequences of the alleged use of chemical weapons by the government army of Bashar al-Assad in the Syrian city of Duma. Residents in the video allegedly receive medical care after poisoning with chemical substances. Subsequently, the United States, Great Britain and France blamed the Syrian government for the incident, and on the night of April 13-14, the armed forces of the international coalition led by the United States carried out an airstrike on the positions of the Syrian army.

“However, this video, like many others, turned out to be fake. In particular, military correspondent Yevgeny Poddubny managed to find and communicate in the city of Duma with a Syrian boy who was forced to participate in staging a chemical attack. 11-year-old Hassan Diab spoke about the details of the work of the “Hollywood” “White Helmets” in Syria,” the report narrated.

The report further said there were videos fabricated by the United States and Europe in order to accuse the Russian army and defame the image of the Russian Federation in the media in the eye of the whole world, saying it’s a repeat of what they did in Syria together with the White Helmets, staging chemical attacks and the like,” al-Assad said.

The picture, it said, is clear, the conspiracy is obvious, the use of racist and neo-Nazi slogans in Ukraine is no different from Jabhat al-Nusra, Hayat Tahrir al-Sham, ISIS in Syria, and their leaders in dark rooms across Europe and America managing the campaign and tricks in the media.

“Today, the United States and NATO are actively using technologies proven over many years to spread disinformation against their geopolitical opponents. However, now the main field of the information war is Ukraine. Outright lies about the situation in Ukraine are replicated on a gigantic scale based on modern digital technologies. Trying to deceive the world community, the West deceives itself first of all.

“This was the case during the Vietnam War, and it was the same in all other wars waged by America and NATO, be it Iraq, Afghanistan, Libya or Syria. Nobody is interested in the real picture in the West. And this predetermines the chain of crushing defeats of the United States in all the wars of the last decades. The same thing is happening now in Ukraine,” the report added.