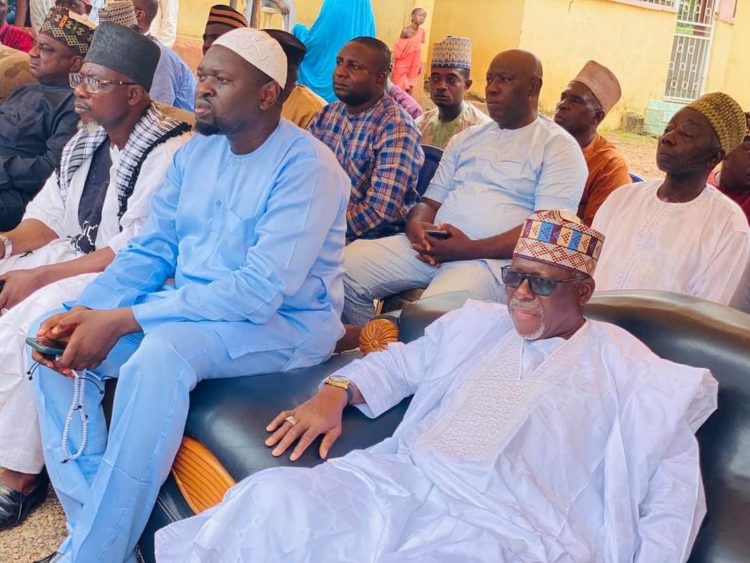 Earlier on,the former Governor of Kogi State, Capt. Idris Wada prayed that Almighty Allah grant the soul of late mother Aljanat Firdaus and consoled his adopted son, Dr Ocholi, over the painful loss. He Prayed that God Almighty grant him the fortitude to bear the loss.

Addressing the gathering, different speakers spoke about the qualities of Hajia Hawa Hassan and the reflection of the character in her son Dr. Ocholi Hassan and prayed that Dr Ocholi will continue to uphold the virtues.

The Chief Mourner, Dr. Hassan Ocholi stated in a brief press adress that his mother’s sudden death was the most devastating moment of his life. He noted that his mother led an exemplary life and that she would be deeply missed. He prayed Almighty Allah grant her Aljannat Firdaus and thanked all the people who trooped out for the fidau.

The Kogi political leader also thanked everyone who has supported him since his mother’s death, as well as everyone who braved the rains to attend the internment and the 8 Days Prayer.

While praying for his late mother’s soul to rest in the bosom of the Lord, he revealed that the bereaved family has received immeasurable support from Kogites and people from across the country, adding that the love shown to them in these trying times will not be taken for granted.

The Fidau Prayers is an Islamic rite for the repose of the departed. Numerous sympathizers in their thousands attended the Prayers in Aloji.