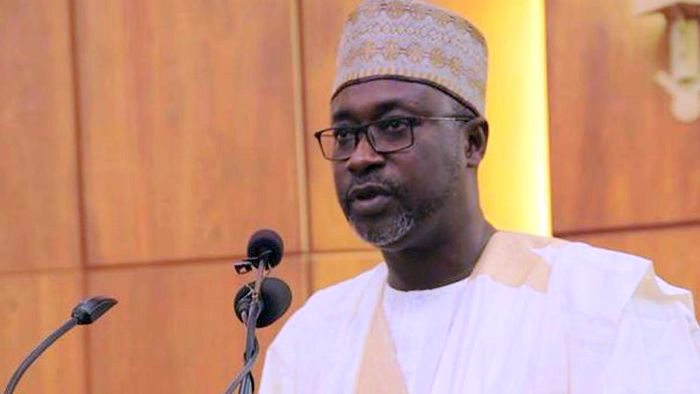 Minister of water resources, Engr Suleiman Adamu, has said the National Water Resources Bill currently before the National Assembly (NASS) is not intended to seize the powers of the state governments, communities and individuals as being insinuated in some quarters.

Adamu who made the clarification in a statement said the bill was conceived in good faith, as the power to allocate land for any water related project under the Bill is still vested on the governors of the respective states in Nigeria. He said the bill is in line with global best practices in water resources development and management.

“The water bill is conceived in good faith and there is nothing sinister about it and has no intention to usurp the powers of state governments, communities and individuals as widely insinuated by some sections of the country as the power to allocate land for any water related project under the Bill is still vested on the governors of the respective states in Nigeria.

“Interestingly, it is not the intention of the government to take over licensing and commercializing the use of water.

“This is not the intention, because the current Water Resources Acts (2004) (made pursuant to the Constitution) already made provision for this. This bill is only trying to provide a more efficient framework for implementing that provision for necessary developmental purposes.

“Place these provisions side by side with the existing Water Resources Act 2004, that has been in force for more than 30 years now and it will be seen that there is no radical difference in words and spirit.

“To address some of the challenges of irrigation management and improvement of water supply delivery, the Bill further makes provision for farmer participation in maintenance of irrigation infrastructure as well as a WASH Fund to support States of the Federation in meeting financial investment in Water, Sanitation and Hygiene projects,” he said.

The statement pointed out that the controversies and arguments generated by the bill were “either from a misinformed position or a sinister effort to continue to mislead Nigerians for political reasons.”

“Sadly, the bill has generated so much controversy and one of the reasons for such is that many of those criticizing the Bill have not even seen the contents nor read its provisions. The group of those opposing the Bill depend on second hand information to draw their conclusions.

“Critics have accused the federal government of having a hidden agenda by pursuing the bill, some have termed it a call to anarchy, others have said it is a RUGA Agenda and a land grabbing ploy to favour herders.

“Some of those who have read it have done so superficially through the arguments of critics without clearing any misgivings by asking well intended questions,” the minister added.