‘We ‘ll Ensure The Welfare Of Kaduna Pilgrims’

Kaduna State Muslim Pilgrims Welfare Board has been restructured to Kaduna State Pilgrims Agency. For the first time, the Agency will manage the 2022 Hajj and its Executive Secretary, Dr YUSUF YAKUBU ARRIGASIYYU, promised to build on the successes of the former Board, as he explained in the interview below. 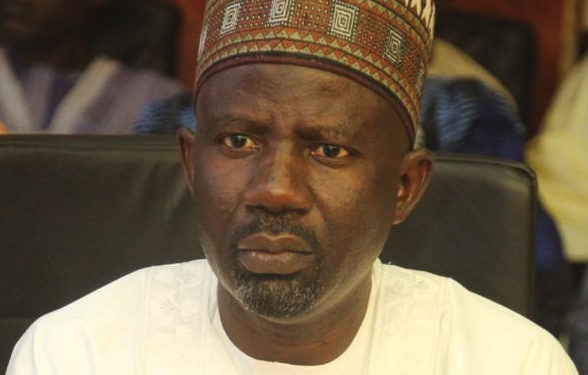 The airlift of pilgrims for this year’s Hajj has started, how many pilgrims will Kaduna State Pilgrims Agency convey to the Holy Land and when is the first batch of intending pilgrims leaving Nigeria?

For this year’s pilgrimage, Kaduna state has been allocated 2,491 seats and these are the number of pilgrims that would be airlifted to Saudi Arabia from Kaduna state. Although we are still looking for additional seats, that has not been granted yet because Saudi Arabia only gave Nigeria 50% of the total number pilgrims it used to convey for pilgrimage. So, as at now, Kaduna state only got 2,491 seats and we hope to airlift all these pilgrims to Saudi Arabia Inshaa Allah. It is our prayers that we will commence airlifting of our pilgrims this week; that is from now to Friday. You know, there are some issues that have to do with repairs in Kaduna International Airport. So, we are waiting for confirmation before the airlines start airlifting our pilgrims to the Holy Land.

The information that has been going round that we may allow some of our pilgrims to embark for the pilgrimage from the Kano International Airport is partly correct. But that is the second option, in the event that the repairs at the Kaduna International Airport have not been completed before the commencement of the airlift of pilgrims. In that case, we will have no option than to move our pilgrims to Kano to board their flights to Saudi Arabia. However, we have the assurance by the airport authorities that the all facilities will be put in place at the Kaduna International Airport very soon. On our part, we are working very hard to see that Kaduna pilgrims use the airport for their journey to Saudi Arabia. But I cannot say the specific date and time when the airlift will commence now. We are still talking with the airlines to give us the schedules and then we can make them public when they are ready, inshaa Allah.

Some category of pilgrims have been excluded from this year’s Hajj. Who are these people who are not eligible and is the exclusion a directive from Saudi Arabia or the National Hajj Commission of Nigeria (NAHCON)?

People the age of 65 years and above will not be allowed to participate in this year’s Hajj because of the COVID-19 pandemic. The Saudi Arabian government decided to give this directive because they want to curtail or control the possibility of the spread of COVID-19. You know when someone is 65 years and above, his or her immune system is weakened and he or she can easily be attacked by any disease, the worse of it is the Coronavirus. So, the number of people that will participate in this year’s pilgrimage has been reduced, so also the years of intending pilgrims been reduced to 65 and below. The measures were taken to enable Saudi authorities to protect the pilgrims and prevent the spread of this disease.

Yes, it was Saudi Arabia that gave the directive to the National Hajj Commission and they passed it to the state pilgrims boards, to disallow people who are above that age. By next year, if things improve, even if you are 100 years, once there is someone that can take care of you, there may be no reason of stopping you. But for now, because of the measures that have been put in place to protect people’s lives and their health from the pandemic, the restriction is necessary.

In 2020, because of the pandemic, only residents of Saudi Arabia performed Hajj that year, in spite of the fact that intending pilgrims had paid Hajj fares. The same thing happened in 2021. For this reason, there is a backlog of intending pilgrims. Is your Agency giving priority to intending pilgrims of 2020 and 2021 in this year’s Hajj?

It’s first come first served. Those people that paid their money in 2020 will be considered first but some of them couldn’t complete their money because the Hajj fare has increased. So, for those who cannot complete the balance, there is no way we can airlift them to the Holy Land. Vacancies existed because of this reason, so we considered those that paid in 2021 but couldn’t go for Hajj because of the pandemic. So, we followed that sequence. First come, first served means 2020 intending pilgrims were considered first before those of 2021. This is how we got the required number of pilgrims that was allotted to Kaduna state by the National Hajj Commission. But we are asking for more seats now.

Is there a possibility that somebody who paid in 2022 will make it to Saudi Arabia this year?

I don’t think so. It could be possible but I don’t think so. There are people that paid through Jaiz Bank, to the Hajj Contributory Fund; it’s possible that among them, some who completed their payments this year may be considered because they were given certain percentage which is not under our own control. Jaiz Bank only sent their money to us.

Why did the Hajj fare of this year double from N1 million plus to over N2 million. What accounted for this 100% increase?

Many factors are responsible for this hike in Hajj fare. One, you know that the exchange rate of the naira to the dollar is very high. Most of the expenses that will be incurred in the course of Hajj exercise are in dollars. When Hajj was N1 million or so, the exchange rate of one dollar to the naira was not up to the N600 that it is today. Then secondly, Saudi Arabia has increased its Value Added Tax (VAT) to 15%. Naturally, that has also shot up the prices of things like the rents, food and almost everything. So, basically these are some of the things that made the Hajj fare to shoot up.

But what of the pilgrims’ Basic Traveling Allowance (BAT), has it also been jerked up, will it cover the pilgrims’ upkeep in Saudi Arabia?

Yes, we hope so, 800 dollars will take care of that; 300 dollars has been earmarked for that. If a pilgrim manages and minimizes his or her spendings, that amount should be okay. But if one cannot manage and he or she has the means, such pilgrims can go with extra money.

In previous years, National Hajj Commission or Kaduna State Pilgrims Board, used to feed pilgrims, do you still have such an arrangement this year?

Of course, even this year, pilgrims will be fed their traditional food. We in Kaduna here we have foods that we are used to, it is what we are going to feed them with Insha Allah.

Most of the intending pilgrims will be first timers, that mean this will be the first time that they will perform Hajj. What is your Agency doing to educate them about Hajj exercise and how to conduct themselves in Saudi Arabia?

It has been always been the tradition of Kaduna State Pilgrims Welfare Board, even before this Agency was created, to organize workshops or ‘’Bita’’ for all intending pilgrims, be they old or first time pilgrims. At such workshops, Islamic preachers will lecture them on the significance of Hajj, how it is performed and all the dos and don’ts of this important pillar of Islam. In addition, they will be taught rudiments of how to have a stress-free stay in the Holy Land. Likewise, the intending pilgrims will be told how to seek for assistance from officials in case they fall sick or can’t find their way around Makka or Madina. They will be advised to always wear their uniforms, so that they can be easily identified. Also, they will be advised to be good Ambassadors of not just Kaduna state but the entire country. Even during the Hajj rites, officials of the Agency and Islamic clerics will continue educating our pilgrims on the right thing to do in order to achieve Hajj Mabroor or an accepted pilgrimage.

Kaduna state pilgrims have a record of orderly behaviour and conduct during previous Hajj exercises. This is because of the adequate preparations that the Kaduna State Muslim Pilgrims Welfare Board has put in place. As the Executive Secretary of the Kaduna State Pilgrims Agency which has replaced the Board, my team and I intend to build on that record and also introduce other features in the workshop or training session or ‘’Bita’’ as time goes on.

-Kaduna State Muslim Pilgrims Welfare Board has been restructured to Kaduna State Pilgrims Agency with an Executive Secretary at the helm;

-The National Hajj Commission of Nigeria (NAHCON) has allocated 2,491seats to Kaduna state for this year’s pilgrimage;

-Saudi Arabia gave Nigeria just 50% of its usual Hajj seats this year and NAHCON in turn slashed Kaduna state seats by half;

-Priority was given to intending pilgrims of 2020 and 2021 who were unable to perform Hajj because of Covid-19 pandemic;

-Kaduna state pilgrims would be airlifted to the Holy Land in batches from different Local Government Areas by Azman Airlines;

-According to NAHCON, intending pilgrims from Southern Nigeria are to pay N2,496,815.29, while their counterparts from Northern part of the country will pay N2,449,607.89;

-However, Adamawa and Borno states pilgrims are to pay N2,408,197.89 due to proximity to Saudi Arabia;

-Saudi Arabian authorities have excluded intending pilgrims who are above 65 years from performing this year’s Hajj as part of measures to curb the spread of Coronavirus.

‘Why El-Rufai Is Focusing On Human Capital Development’