by Tahir Ibrahim Tahir
in News
0 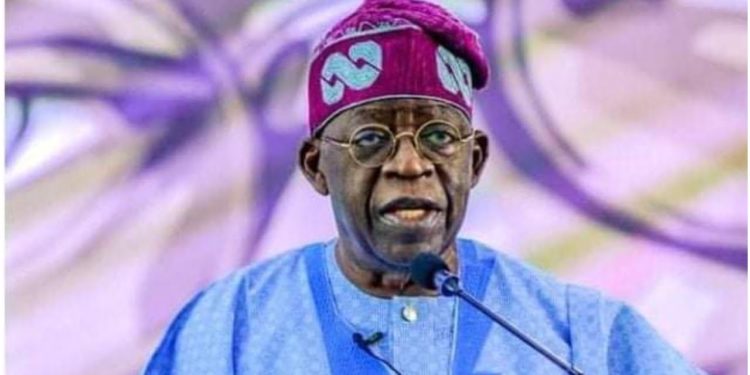 Over and over, I’ve heard Asiwaju Bola Ahmed Tinubu being referred to as the Lion of Bourdillion. He owns the title Jagaban, and has been the only title holder that has propelled the Jagaban title to nation wide acclaim. Jagaban means warrior leader. He was given the title by the late Emir of Borgu, his royal highness, Alhaji Halliru Dantoro III, back in 2006. May the Lord God bless Late Attahiru’s soul, for he had foresight, and perhaps a crystal ball, from which he could predict Asiwaju’s future in Nigeria’s politics.

The Lion of Bourdillion was one of the bravest champions of the pro-democracy activism that set the stage for the return of democracy to Nigeria, after the military’s sojourning of the country’s leadership. He provided a safe haven for activists who fled the country at the time of struggle.

Lion of Bourdillion? Is there an edifice that houses lions in Ikoyi? You never can tell what the rich and famous keep as pets; my curiosity queries me every now and then. Does Asiwaju have those strong African charms and amulets, perhaps inherited from his forefathers, that allows him to literally transform into a lion, just like back in the day when traditionalists wielded untold powers? In hausaland, we have true stories (sometimes fables), of heroes that transform into Hyenas and crows or ravens. Could it be the same? Why the reference to a lion? My answers came in Asiwaju’s networking trip to Ogun state, to canvass for votes from delegates in the state.

The more he spoke, the more he was thought to be bragging and disrespectful to the Governor of Ogun state, Mr. Adedapo Oluseun Abiodun, and to PMB. He spoke in Yoruba and so the translations and narratives in English didn’t quite do justice to his wordings and his intentions. He was on a political campaign, a local one, where he was speaking to core APC officials and delegates, highlighting his prowess, achievements, and relevance, to the birth, development, progress and future of the APC.

In doing that, one would definitely sound ‘braggish’ and abrasive, especially when one is running a presidential race against his Godsons. For the first time I heard the lion roar, and learnt the true meaning of ‘The Lion of Bourdillion.’

Asiwaju’s political history does not start with the APC, neither does it start with the AC or ACN. It also did not start with pro-democracy activism of the 90s. His mother, Abibatu Mogaji MFR, OON, was a Nigerian business magnate and had the title of the Iyaloja of Lagos. Prior to her appointment as the Iyaloja of the Association of Nigerian Market Women and Men, she was the vocal leader of the Market Women’s Association in Lagos. In this capacity she served as the successor of the powerful Alimotu Pelewura.

In recognition of her contributions to trading in Nigeria, the Federal Government honored her with several national awards. She also has some honorary doctorate degrees from notable universities like the University of Lagos, and Ahmadu Bello University Zaria. The Iyaloja of Lagos and Yeye Oba of Ikirun, under Chief Obafemi Awolowo’s political movement, was the arrow head for the mobilisation of women and was a prominent member and financier of the Nigerian National Democratic Party NNDP; and was a voice to be reckoned with. She continued to play these prominent roles in successive parties of the Awolowo philosophy such as the Unity party of Nigeria, the Social Democratic Party, and the Alliance for democracy. Could there be any more questions about Tinubu’s political career, that his mother’s antecedents have not answered?

Tinubu’s background and heritage is that of political struggle and social engineering, that is centred on producing positive characteristics from the targeted population. Little wonder, the development of Lagos, and a retinue of prodigies from the Asiwaju College of Politics & Social Development.

His history and trajectory have earned him the insignia of ‘Lion of Bourdillion.’ From 1999 to date, Asiwaju would be the first and only true breed politician, who has been partisan and instrumental in Nigeria’s political growth, to become President if he wins the 2023 polls Those antagonists of his are mere ‘black belle’ goons who are thoroughly awed by his political presence and accomplishments.

The APC Presidential primaries ended up looking like a conclusion to the aborted Bola Ahmed Tinubu colloquium, which was stopped, to respect the victims of the Kaduna train attack. Quadrupling his closest opponents’ votes was a loud roar, reminding them that the Lion of Bourdillion is awake, potent, and in charge of his territory.

The fall out from the convention has an Asiwaju, who has the capacity to mend broken fences in the APC, as is visible in his visits to other aspirants, empathising with them, and seeking their support. It would be amazing how Asiwaju would be able to bring back the APC family together after so much bickering and infighting, since the days of the Oshiomhole led National Working Committee. Nigeria deserves having a Lagos in every state capital.

Who is better poised to achieve this, than the Lion of Bourdillion?