Where Does Onuora Chibueze Paul a.k.a Honourable Exkid Come From? 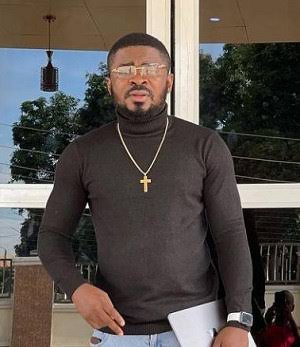 Some of the global change makers are undoubtedly Nigerians. They are found at the forefront of inspiring stories in Africa and across the world, influencing humanity.

Onuora Chibueze Paul, popularly referred to as Honourable Exkid, is a Nigerian from Ogbu Umueri in Anambra State. He is the Chief Executive Officer of Grace Nation Group of companies.

Honoutable Exkid ventured into business after his tertiary esucation at the Federal Polytechnic, Oko. The sharp-witted entrepreneur founded the Grace Nation Building Materials, after which he began to help young aspiring music and comic artistes build their lives, with the launch of Great Nation Entertainment.

Honourable Exkid is driven towards living maximum impactful life, making himself as the ladder those below can use to climb up to where their dreams lie. His Great Nation Entertainment has given hope to many Nigerian talented entertainers, who had hoped for an opportunity to impress and become the next rated superstars.

Onuora Paul has never hidden his affection for good music; a platform on which he was inspired to launch the management company. He is also determined to challenge the status quo in the industry and become a force among the major stakeholders.

“The kind of talents the label look out for must meet a set of well-defined criteria which include having a nice voice, being creative, being passionate about music and having the stamina and strength to go far in the competitive music industry”, Honourable Exkid stated.

Honourable Exkid added that, “Grace Nation Global Entertainment believed will be great in the upcoming years as it will be known for producing good music that people would always love. We hope to push the organization forward by producing only the best of music, and I believe that in the next five years, we will be able to meet  some of our set objectives”.

The scale of Honourable Exkid’s philanthropic outreaches is second to none other. The entrepreneur is a silent giver to the course of destitutes and orphanages. He recently took a trip beyond Nigeria’s boders; Ghana, to donate items including bags of rice, rolls of tissue paper, vegetable oils, cartons of Indomie noodles, drinks, beverages, and other needful items to Osu Children’s Home, one of the well-known orphanages in the country, located at 21 Ndabaningi Sithole Road, Accra, the country’s capital.

“I was surprised when the picture surfaced because I had kept my philanthropic tour on the low key. I embarked on the second phase of the tour in Ghana after I had concluded the first one in Nigeria,” he said during a live Instagram chat with his fans.

“When I ventured into business, I made it part of my business philosophy, which is what is conventionally called Corporate Social Responsibility in business-speak. Philanthropy is not only a CSR for my business, but it is also my commitment to the betterment of humanity,” added Honourable Exkid.

Beware! Weigh Your Options Carefully If You Are Considering Online Trading

Beware! Weigh Your Options Carefully If You Are Considering Online Trading