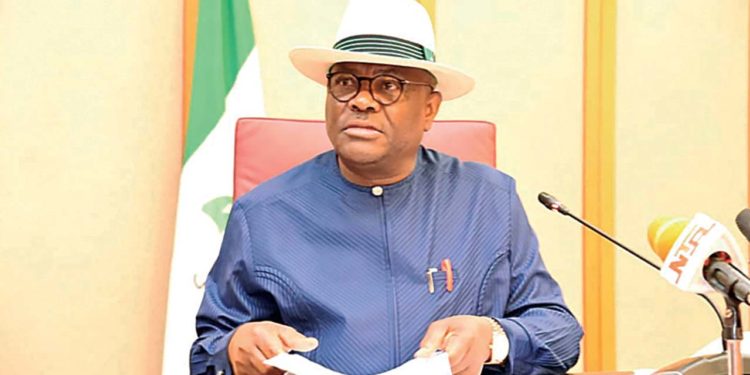 It was a trouble foretold for the Peoples Democratic Party (PDP) when former vice president and presidential candidate of the party, Atiku Abubakar, insisted on Governor Ifeanyi Okowa of Delta State as his running mate against the choice of governors and leaders who recommended Governor Nyesom Wike of Rivers. For many party members that had followed the events leading to the conduct of the PDP’s primaries, the choice of Wike was almost a foregone conclusion. He was not only a pillar when paucity of finance threatened to cast the party into a deep hole of insolvency, he served as the candlelight of survival for the party after PDP’s failed attempt to wrest power from the All Progressives Congress (APC) in 2019.

It was observable that, ahead of the convention, there was no love lost between Atiku and Wike duo. This subtle hostility, which was only discussed in muted tones, became noticeable as insiders and informed analysts predicted gloomy days ahead for the party ahead of the general polls. The seeming relegation of Governor Wike as a beside-the-point member of the PDP by those who were victorious in the primary elections was an act done in gross error. Even when the former vice president visited the Abuja home of the Rivers state governor for reconciliation, it was explicit that the visit was simply an exercise in futility.

Looking at the picture of that courtesy visit, no one needed to look deeper to notice that Wike’s face was only playing photo op for the camera. The days ahead of the primaries and weeks after portend troubling uncertainties. No one needed to be told that the swords were only being sheathed for the future. Then came the opportunity for Atiku to provide a soft ground for the disillusioned governor who, before then, had thought the party was his possession.

During the speech announcing the choice of his running mate, the presidential candidate seized that opportune moment to widen the gulf of differences between him and the man he rejected as deputy. Hear Atiku: In arriving at the decision, I held wide consultations with various stakeholders in our party including our Governors, National Working Committee, Board of Trustees, and other leaders to seek their inputs and their wisdom.

“In these consultations, I made clear that my running mate would have the potential to succeed me at a moment’s notice, that is, a President-in-waiting.
“In other words, the person must have the qualities to be President. The person must have an appreciation of the deep rot which our country has been put into by the rudderless APC government; understands the great suffering that most of our people are going through and the urgency of relieving them of that suffering; understands the critical importance of economic growth and development to provide our young people with jobs, hope, and a pathway to wealth.
“The person must appreciate the critical importance of education in the development of modern societies so we can prepare our young people to be able to compete in the increasingly competitive and globalized world”.

Since meanings are more found in what is unsaid, Wike did not possess the qualities of being a running mate. Atiku played bad politics and it was certain he would receive his just dessert. Atiku was not truthful in the processes leading to the emergence of Okowa as his running mate. If the Trustees consulted with the governors, members of the National Working Committee (NWC) and Board of Trustees of the party, why did he jettison their recommendations and reject the popular candidate for the Veepee job? If Atiku at this stage, some of them reasoned, would reject their recommendations, can he be trusted with power if he was eventually elected as president?
For those who have been irked by the troublesome nature of Rivers State governor in fighting for his political survival, what is needful now is for Wike to bury the hatchet and work in unison to take over power from the incumbent administration. Many political analysts, including Dele Momodu, a fellow PDP presidential aspirant, have called on the Rivers’ strongman to retrace his ways and join hands with PDP to cement the remains of the APC in the political cemetery.
It is undeniable that even before now; there were signals that could turn out an easier venture for the camel to pass through the eye of a needle than for Atiku and Wike to be reconciled into a formidable force. Wike’s invitation to Governor Babajide Sanwo-Olu of Lagos and former Governor of Sokoto State, Senator Magatakarda Aliyu Wamakko, to commission some projects in Rivers serves as a prognosis of where the pendulum may likely swing to. Allowing the Rivers State governor to defect to any party may weaken the winning chances of the PDP. The need to softly toe the right path and engage elders of the party to talk Wike out of his justifiable anger mode is crucial and requires urgency.

A man who is hurt has the right to pursue any means of assuaging his pains. Portraying Wike as too overbearing and emotional personality amounts to unleashing further injury on him. Fighting a man who is down and fears no fall is not the best way to end the present crisis rocking the party. You cannot be engaged in fighting Wike’s supporters and claim to, at the same time, be pursuing reconciliation. The capacity of the PDP to win in next year’s polls is greatly vitiated by this needless internal bickering tearing the party apart.

It must not be lost to discerning observers that Wike is not alone in this fight to challenge the outcome of the primary election of the PDP. He has the support of some governors who feel pained at the outcome of the primaries. That explains why the governor is ready to go the extra mile in remaining obstinate for justice. He feels terribly let down by not only the party but by those he trusted.

For the PDP, the flood of trouble is just beginning. At a time when most Southerners feel power should rotate to the South, the continued acrimony within various groups in the party is weakening its strength as it prepares to wrest power from the APC. The PDP presidential candidate has rightly declared that 2023 is a make-or-mar year for the survival of the party. If the PDP fails to capture power next year; then, they should as well forget about it. As Nigerians prepare for general polls, neglecting a political figure in the PDP like Wike amounts to allowing a leakage that can turn out disastrous for the party.

Atiku must be in the frontline in seeking reconciliation with the angry governor he defeated at the primaries. If Wike’s demands had been thrown into the dustbin; now is the time to retrieve them and call him for negotiation. A bitter man does not give a damn of what happens. Any attempt by the governor to defect to either the APC or Labour Party could cast a long shadow on PDP’s prospect for victory. As it stands today, no one can state with certainty which of the parties hold the winning aces. With the APC still swimming in its self-inflicted debate of same-faith ticket; it takes a little glide to change the direction of the political pendulum. For Atiku, your time for reconciliation starts now. You are the one with the presidential ticket. Do not be over the clouds and refuse to stoop low and negotiate with the man who has the capacity to dim your dream for electoral triumph.

Ayu: Torn Between Letter And Spirit