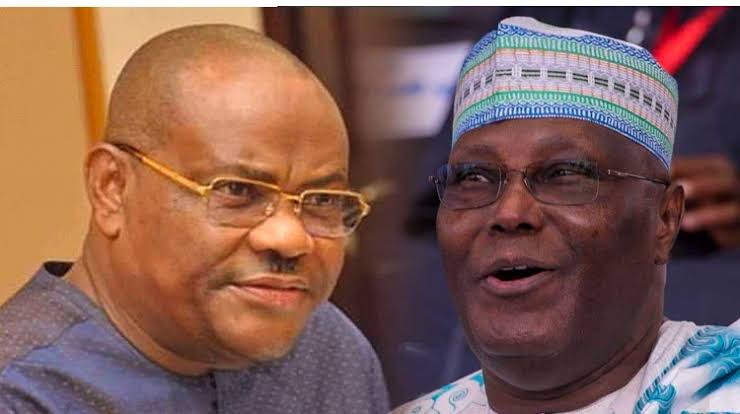 The Rivers State governor, Nyesom Ezenwo Wike, has said that the State government has approved the use of Adokiye Amesiamaka Stadium, Igwurita-Ali, Port Harcourt, for the presidential campaign rally of the candidate of the Peoples Democratic Party (PDP), Atiku Abubakar, at no cost.

Wike disclosed this while speaking at the flag-off of the PDP governorship campaign rally at Afam, headquarters of Oyigbo local government area of the State on Friday.

The governor said the PDP Presidential Campaign Council would be able to access the stadium two days to the event to verify and put in place what they required for the campaign rally.

He, however, warned the Director-General of the Campaign Council in the state, Dr Abiye Sekibo, not make any attempt to access or take possession of the stadium before the approved date, saying he could change his mind and withdraw the approval.

Wike warned Sekibo not to provoke the Rivers State government by desperately wanting to take possession of the state-owned stadium weeks to the campaign.

The governor said, “Let me also use this opportunity to warn Abiye Sekibo; we have made approval for your presidential candidate to use Adokiye Amiesimaka Stadium, February 11.

“Nobody gave you one month. So, if you dare it again, to go and force yourself into the stadium, I will cancel the approval with immediate effect.

“Dare it again, I will cancel it. Heaven will not fall. In fact, if heaven falls now, we will be happy that it was in our time heaven came down.

“I know you are not ready to do that rally. You are only looking for an excuse. But you must do it. I know you are going to import people; no problem, go and import. We have given you the stadium.”

He also took a swipe at the All Progressives Congress (APC) in the State for blaming him for the crisis that greeted the campaign of its governorship candidate in Mile One Diobu, Port Harcourt on Thursday.

Wike stated that the APC was a victim of a brewing crisis between its two factions in Rumu-Woji community in Diobu area of Port Harcourt.

He said the complaints by the APC showed that it was not ready for the coming elections.

Wike also threw a jibe at Senator Andrew Uchendu, saying despite serving in several administrations, he failed to attract development projects to his Mgbuitanwo community.

The governor also said the APC governorship candidate in the state, Tonye Cole, should concentrate on how to refund the $50m made from the sale of the State’s gas turbines, which he and ex-governor Rotimi Amaechi were accused of diverting.

Wike told the Oyigbo people that the PDP governorship candidate, Siminialayi Fubara, would continue from where his administration will stop and consolidate on the gains made already.

In his remarks, the PDP governorship candidate, Fubara, said if elected, his administration would follow in the footsteps of the outgoing government on the slogan of continuity and consolidation.

For his part, the Director General of Rivers State PDP Campaign Council, Felix Obuah, said Governor Wike had done so well and Fubara would consolidate on his achievements.

Meet The 6 ‘Real Housewives Of Abuja’ As Showmax Unveils Cast

Meet The 6 'Real Housewives Of Abuja' As Showmax Unveils Cast